AGTECH company DataFarming has launched a new product aimed at summer croppers to address the issue of NDVI colour variation being difficult to see during the peak of the growing season. 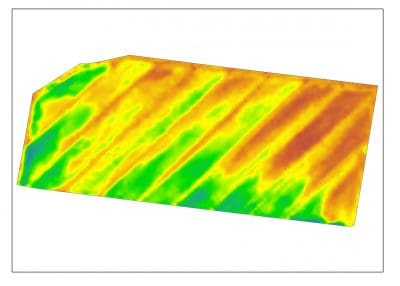 Known as G-Cover, DataFarming managing director Tim Neale said it had been developed in response to requests in the recent three years from cotton, sugarcane and rice growers in particular seeking higher-resolution imagery during the season.

“In addition to this, we often see saturation of high NDVI in these crops, where at the peak growth of the season, you cannot see variation very clearly in these big crops,” Mr Neale said.

To satisfy the need, DataFarming has released a new product with a pixel resolution of 2.25 square metres (1.5m x 1.5m).

“This new algorithm is less likely to saturate.”

The price is $4.95 per hectare plus GST for at least three captures during the season from a tasked satellite, meaning images are captured on demand, and not routinely.

The launch of G-Cover has coincided with DataFarming hitting the milestone of 20,000 farms loaded into The Digital Agronomist platform.

These farms cover more than 93,000 paddocks in 50 countries.