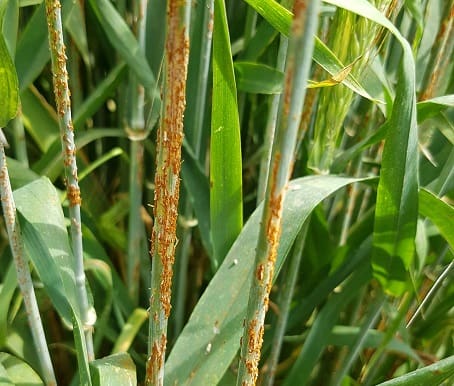 BARLEY growers should act now to get winter crop ready and reduce costly disease issues, like barley stem rust, by taking action to control weeds and crop volunteers, according to Queensland Department of Agriculture and Fisheries (DAF) pathologist Lisle Snyman.

“Dry conditions last season resulted in low overall disease levels, so it was surprising to see such an outbreak on the Darling Downs in October,” she said. 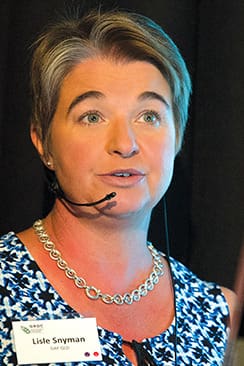 “Most crops in the region had been planted in June, which was not particularly late. However, a dry season meant crops generally hadn’t received early fungicide applications.

“The development of stem rust is favoured by warmer temperatures late in the season and typically barley crops are drying down and not vulnerable at this time.

“However, when storms in October 2018 delivered significant rainfall across much of the central and eastern Darling Downs, many barley crops developed late tillers, and this increased the vulnerability of crops to stem rust.”

Barley can be infected by three types of stem rust; wheat stem rust, rye stem rust and a form that is regarded as a hybrid between the two known as ‘scabrum’ rust.

This pathogen is mainly found on the native grass Elymus scaber (common wheat grass) where it is thought to have developed.

Dr Snyman said extensive testing of crop samples from 2018 had identified the disease as scabrum rust, which is not a new pathogen and importantly does not infect wheat.

“It was important to understand what form of stem rust was being seen in paddocks, to determine the level of risk to crops. Screening by the Australian Cereal Rust Control Program at the University of Sydney confirmed scabrum rust, which was reassuring as this pathogen poses no threat to wheat production” she said.

“While we don’t fully understand the stem rust outbreak on the Darling Downs in 2018, we do know there are management strategies we can use now to minimise the risks for 2019.”

Rust is considered a major disease of cereals worldwide. The rust pathogen has the ability to adapt to a range of environments. Spores are windborne and easily spread – as little as one infected leaf per 12 hectares of regrowth surviving through summer and early autumn can cause a rust epidemic in the following cereal crop.

Critically, Dr Snyman said the rust pathogen was a biotroph, meaning it required a living host for survival.

“This pathogen cannot survive in stubble, so by controlling the ‘green bridge’, or crop volunteers, and native grasses (such as Elymus scaber), grain growers can significantly reduce the potential risk of rust outbreaks in winter crops,” she said.

“It is important growers take action where appropriate now to control the green bridge, because most barley varieties are vulnerable to stem rust infection and will host wheat, rye and scabrum rusts.”

Dr Snyman will present more details on the Darling Downs outbreak as part of her presentation on day one of the GRDC Grains Research Update in Goondiwindi on March 5.

For more information, agendas or registration forms, visit www.icanrural.com.au or https://grdc.com.au/events or call John Cameron or Erica McKay on 02 9482 4930 or email [email protected].