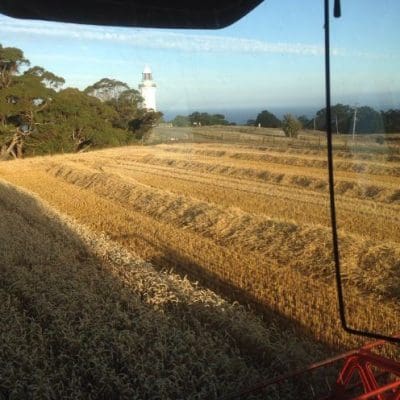 “If you planted early this season you crashed dismally in yield, and if you planted late beyond when you normally would it did exceptionally well,” he said.

“I had some paddocks of wheat that went well and other paddocks that really didn’t like it at all that went 7t/ha. Another one did 9.5t/ha.

“On my neighbour’s crop we took off 100 tonnes from nine hectares (11.11t/ha). I just finished another crop that averaged about 12t/ha. They were sown late June/early July. They were winter wheat varieties.

“I planted mine in April at Anzac Day when I normally plant them. This year they were a dismal failure whereas the year before when I planted around April 20 our average was 11.5t/ha over 35ha.

“Normally our seven-year average with wheat yields is about 10t/ha. This year was quite disappointing for me, but other people who put it in later certainly have had better crops.”

Mr Nichols said the exceptionally wet season saw the district register 2.1 metres of rain between the beginning of May and the start of December.

“Normally our yearly average is 1000 to 1200 millimetres. The year before we only had 700mm – what we class as a drought. We went from that to the wettest year on record,” he said.

Mr Nichols said compared to the other crops, canola revelled in the wet, overcast conditions to produce the record-breaking result.

“We had a very dull spring, very cloudy. The canola loved it because it never had the chance for the flowers to dry out or the winds to blow them off. It had the full option of flowering for about 12 weeks,” he said. 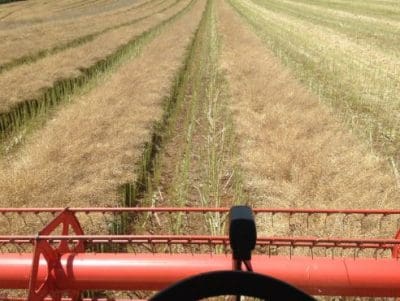 He was also happy with a very late-sown crop of barley that went 9.5t/ha.

“All up the year won’t be too bad. We still have onions, potatoes, poppies and buckwheat to harvest,” he said.