THE spraying of weeds in the summer fallow and the move to early sowing of winter crops in southern farming areas were two of the key practice changes that came from farming systems research over the past couple of decades.

Much of the focus was on addressing a plateauing of yields and finding ways to realise the potential for greater wheat yields highlighted in mapping by Yield Gap Australia (Figure 1) that shows there are significant differences between actual and potential yields across Australia’s cropping zones. Dr Kirkegaard pointed to the widespread adoption by farmers of the findings of a Grains Research and Development Corporation-funded (GRDC) project that ran from 2009 to 2013 that looked at ways to increase water use efficiency – the amount of yield per millimetre of rainfall – by 10 per cent over five years.

“If you work that out it is 2pc a year which is about what farmers have to be doing to stay ahead of the terms of trade and increasing costs, in other words profitability,” he said.

“The novel aspect to me was that the GRDC funded it through the growers. It was the growers who were given money and projects and were asked for their ideas. CSIRO and its collaborators played a role in organising and assisting the grower groups.

“Largely because it was the farmers’ ideas, the adoption of the things that worked became much simpler. We didn’t have to sell the idea.”

Dr Kirkegaard said the project looked at everything from long term soil management dealing with subsoil constraints like deep acidity or sodicity through applying lime or gypsum, to better rotations to control weeds and diseases.

A significant component of the work was looking at how to manage summer fallows in the southern farming environment.

“At that time in southern Australia people weren’t really sure whether spraying the weeds in summer instead of just letting the sheep graze them was really paying them. Having to spray paddocks sometimes up to three or four times, you do question whether you are getting your money’s worth because there are only a few weeds here and there. Are they doing too much damage if you just let the sheep graze them off?” he said. “It was found to be well worth doing. About six groups worked on it and on average saved about 40 kilograms of nitrogen and 40 millimetres of water by keeping strict summer weed control, which means about 12 days after any germination event you should go and spray the weeds. That, on average, returned $6 for every $1 spent in 95 per cent of years. So, it is a no-brainer.

“Before the project we used to wonder if it was worthwhile. Now it has been adopted across the industry. I think it was widely adopted because so many groups across such a diversity of soils and climates found the same thing. Once you have saved all that summer moisture it gives you the opportunity to sow so much earlier.”

Dr Kirkegaard said the project also looked at what would happen if southern region farmers moved to sowing earlier with longer maturing varieties and whether that would achieve any yield benefits.

“It turned out that that was also beneficial,” he said.

“So, the idea to sow earlier and try to use the summer rain (was novel). Through this period, summer rain was staying essentially the same, the autumn rain we used to sow on was declining and coming later.

“So, the options were to wait and sow later, or try to get something in earlier. I think most people were heading to the later option, but if you do better management in the summer you give yourself more chances to capture the opportunity of sowing earlier.

“Of course, by getting part of the farm sown early it allows you to get through your program much quicker. What you don’t want to be doing is sow too late because the really late-sown crops tend to be the very low yielding, unprofitable ones.”

Separately to the water use efficiency project, researchers also worked on dual purpose crops, specifically trying to get dual purpose canola as an option alongside dual purpose wheat. 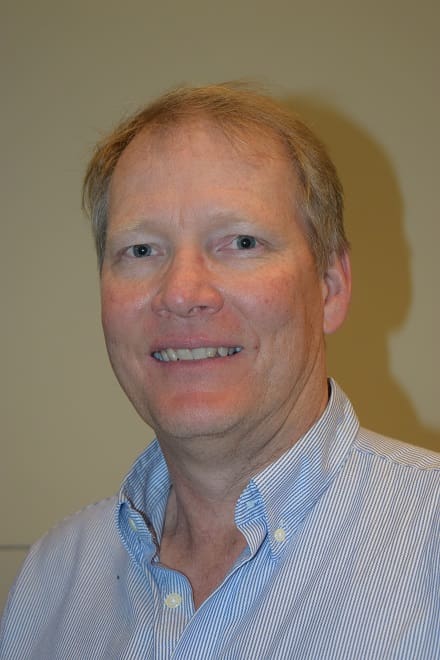 “Essentially what we showed in that work, which is self-evident, was that the earlier you sow those crops the more forage they produce. You can only graze them until they become reproductive and start elongating,” Dr Kirkegaard said.

“So, the earlier you sow them the longer they grow before they become reproductive, and therefore they produce more leaf, more forage and ultimately more meat and wool.”

For people on mixed farms, that project showed that if producers were careful about how the crops were grazed and ensured the animals were taken off on time there was no effect on grain yield.

“Dual purpose crops have really proved their worth in the last two seasons which have both been decile 1 years. A lot of grain-only crops have either failed or been cut for hay,” he said.

“The earlier-sown dual purpose crops have provided several grazing opportunities and farmers have made a reasonable profit from those early in the year, and still had the option to go through either to hay or grain. It is a really flexible option providing some risk mitigation in those tough years.”

Taking the next step

As part of ongoing research into bridging the yield gap, the GRDC is initiating a new five-year Hyper Yielding Crops project (see Grain Central story) to push the yield boundaries in a range of winter grain crops.

The project, which begins next year, will build on the success of the GRDC’s Hyper Yielding Cereals Project that has been conducted in Tasmania over the past four years.

The new initiative will see five centres of excellence and a network of farms established, expanding the work from Tasmania to include key high yield potential dryland cropping areas of Victoria, South Australia, Western Australia and New South Wales.