Can growers close the wheat yield gap in a hotter, drier climate? 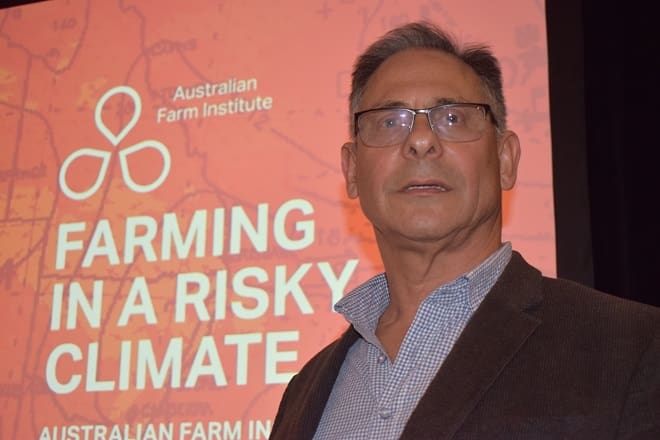 AUSTRALIAN farmers face the challenge of trying to close the gap between actual and potential wheat yields at a time when production increases have plateaued and climatic conditions are changing, according to CSIRO senior principal research scientist, Zvi Hochman.

Speaking at the Australian Farm Institute’s “Farming in a risky climate” conference, Dr Hochman said while Australia’s winter crops had progressively realised gains in yield potential through most of the 20th Century, actual wheat yields had stagnated and potential yields had declined since 1990.

“We have mapped the patterns of this change. The trends are not evenly distributed across the cropping zone. Some areas are showing falls of as much as 100 kilograms/ha/year while others are showing a more neutral or slightly positive trend.” 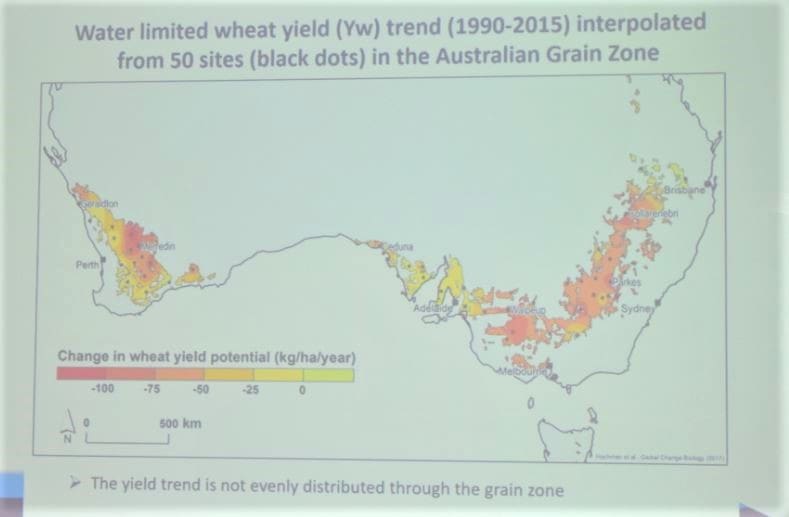 What can be done?

Dr Hochman said that, given farmers would be operating in an increasingly more challenging climatic environment, they needed to apply a strategy of mitigation and adaptation.

“This can take place through new technologies and adapting practices to meet the “new normal” and through closing the exploitable gap between what is potentially achievable and what farmers are actually achieving,” he said.

“Adapting your practices to new genetics and the new environment, early sowing and using longer season varieties has been shown to increase yields at a range of sites.

“But, overall more than 0.5t/ha increase (can be achieved) with this despite the drying trend.” 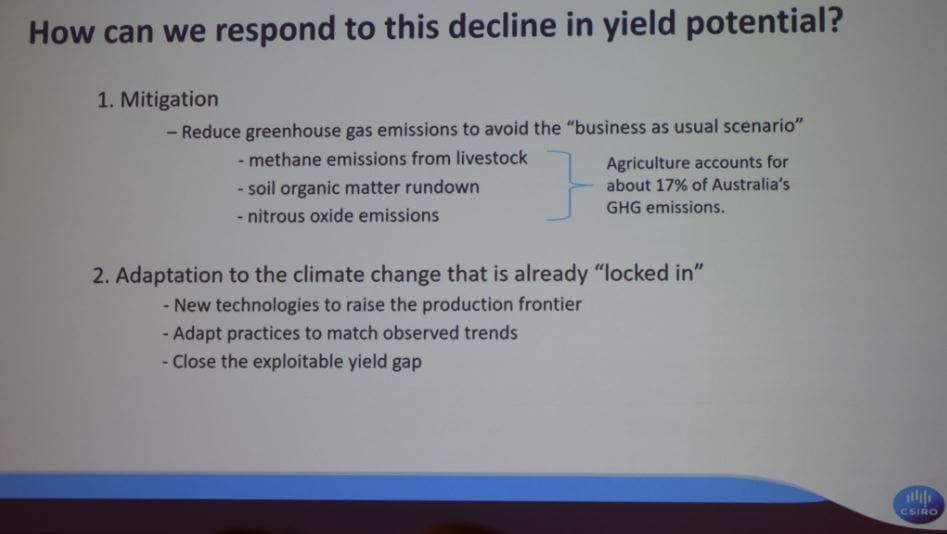 Dr Hochman said there was a large gap between what farmers were actually achieving and the potential of what they could achieve.

“The gap is not evenly distributed across the cropping regions but generally on average farmers are only achieving about 50 per cent of the yield potential. This leaves plenty of potential to exploit and reduce the yield gap,” he said.

“Yield gaps don’t just apply to single crops, one crop at a time. The sequence of crops is important.

“Given the climate and soil type, the tools that farmers have at their disposal are cropping intensity, crop types and the diversity of crops. All these add up to their output.” 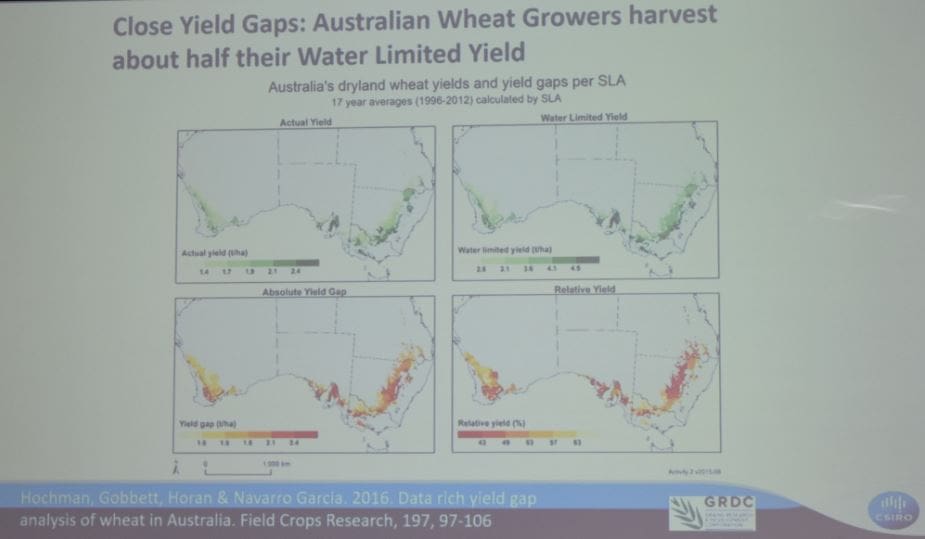 Dr Hochman said there was much to be gained from closing the yield gaps of both individual crops and cropping systems.

“We need to keep investing in technologies for increasing the yield frontier. They include technologies like early sowing and longer season varieties that lift the yield and dual-purpose crops which allow us to achieve more for less.”

What is happening in other countries?

Dr Hochman said it was interesting to compare Australia’s performance in terms of realising yield potential with that of other countries.

“If you look at corn in Nebraska in the United States they are achieving around 85pc of the yield potential,” he said.

“In China they are achieving even more than that, but at the expense of very poor use of resources and running down their aquifers and polluting the system with excessive fertilisers. It is a short term proposition. But because they are always on the cusp of food insecurity they feel unable to intervene.

“At the other extreme, a lot of African countries are only achieving about 20pc of their potential. That is to do with resource limitations and poverty.

“An interesting comparison is with parts of Argentina which have a similar climate to us. We found that on an individual crop basis Australia was doing slightly better than Argentina with wheat yields, but when you look at the whole system the Argentinians were more intensive. That explained why their single crop yield was lower, but their total system productivity was higher.”