A VIRULENCE change in the Ascochyta blight (AB) pathogen has broken down the resistance of chickpea varieties to the devastating disease, with all current varieties now rated as either susceptible to moderately susceptible to infection. 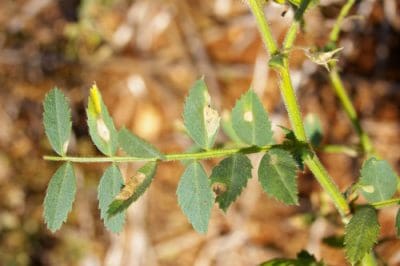 With severe AB infection detected in previously resistant chickpea varieties across Victoria and South Australia in 2015 and 2016, authorities are warning growers to closely monitored this year’s crops for AB infection. 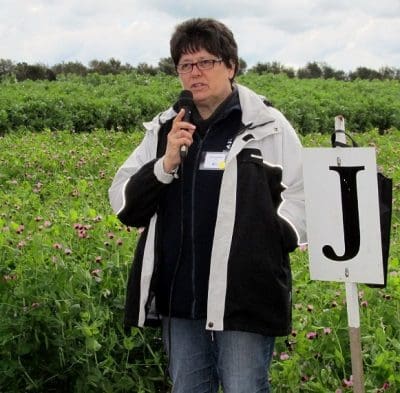 Dr Jenny Davidson says while AB infection is more severe in high to medium rainfall zones, effective disease control strategies are also required in low rainfall regions as severe disease outbreaks can occur in these environments during wet seasons, as was the case in 2016.

“And susceptible varieties will require regular fungicide sprays every two to three weeks throughout the growing season in front of rainfall events.”

As the pods of all commercial varieties are susceptible to AB, Dr Davidson said they would also require fungicide sprays during pod setting ahead of rain fronts to protect the pods from seed staining and seed abortion.

Dr Brand, leader of the GRDC Southern Pulse Agronomy program investment, reports that while outbreaks of AB were significant in Victorian chickpea trials last year, crops generally recovered well from the disease once conditions dried out.

He said the AB pathogen would survive on stubble and organic matter for a number of years, so growers must observe a minimum three-year rotation between chickpeas in the same paddock, and avoid planting adjacent to the previous year’s chickpea stubble.

It is imperative that all chickpea seed is treated with a thiram-based fungicide to prevent seed transmission of AB on to emerging seedlings.

Dr Brand said ongoing research into pulse diseases in the southern cropping region would also include further assessment of the impact of AB on seed quality.

Information on the management of Ascochyta blight in chickpeas can be found on the GRDC website at https://www.grdc.com.au