SANITARIUM has unveiled how it plans to capitalise on the new Chinese appetite for cereals following a recent surge in Chinese demand for Australia’s famous breakfast brand, Weet-Bix. 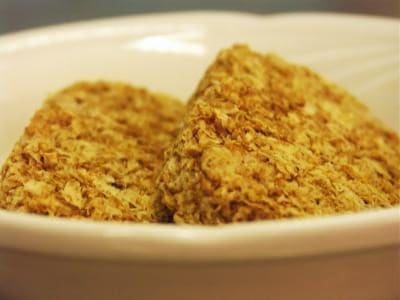 The Australian-owned health food company, which recently opened an office in Shanghai and has exported to China for more than eight years, will launch its international cereal brand, Nutri-Brex, into the Chinese domestic market from mid-November.

The launch sees Sanitarium seize on an opportunity to build a strong, distinctive brand for the largest emerging ready-to-eat cereal market in the world, while complying with new trademark restrictions that are now coming into place.

In China there is a growing trend among consumers for Western-style breakfast cereals from aspirational international brands with strong health and food safety credentials.

This was demonstrated in May this year by the response to a Weet-Bix product placement on popular Chinese TV soap, Ode to Joy.

While the size of the Chinese breakfast cereal market is difficult to quantify, Sanitarium reports its 2015/16 breakfast cereal sales increased by approximately 50 per cent, and conservatively forecasts similar growth in 2016/17.

Sanitarium Health and Wellbeing Australia general manager, Todd Saunders said: “Different to the iconic Weet-Bix product in name only, Nutri-Brex is made in the same factories, using the same ingredients and the same traditional recipe that Sanitarium has used for almost 90 years. It’s the same name that we use for Weet-Bix in the UK, our second biggest export market.

“Despite the recent success we’ve enjoyed, it is still relatively early days for Sanitarium in China. Data suggests about 15 percent of Chinese households make a regular breakfast cereal purchase, compared to 90 percent of Australian households. That’s why the timing to change brand names while Chinese consumer awareness of Weet-Bix is at its highest actually works.”

Nutri-Brex will be positioned in China as a healthy and convenient breakfast choice for families, with its strong nutrition credentials and exclusive use of Australian wholegrain wheat in focus.

The launch, which represents Sanitarium’s biggest push into China to date, will be supported by a digitally-focused marketing campaign which also aims to raise awareness among Chinese consumers of Sanitarium’s 117-year commitment to health and its breakfast legacy in Australia.

As part of phase one, Sanitarium has partnered with Taiwanese-Chinese TV star Alyssa Chia to promote the brand to her loyal audience numbering in their millions across her social media platforms including WeChat. 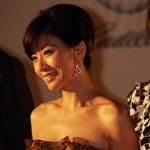 The 42-year-old celebrity mother, who recently announced her third pregnancy, has strong affinity with health and wellness in China and was chosen for her ability to influence increasingly affluent Chinese mothers seeking natural and nutritious products for their families.

Nutri-Brex will be sold in over 1500 stores nationwide in China and multiple e-commerce channels from mid-November.

Currently online sales, predominantly through Sanitarium’s flagship store on Alibaba’s TMall platform, represent more than half of all sales of Sanitarium product in China.

“We famously changed Australian breakfast habits back then and now we’re playing a part in China’s breakfast revolution. While exports currently represent just five percent of Sanitarium total sales, we’re excited by the buoyant market and look forward to introducing more of the Chinese community to our healthy, wholesome plant-based products into the future.”