Climate change threat to the ‘sand castle’ of farming

THE threat and uncertainty that climate change presents to Australian agriculture is an issue farmers should be taking very seriously, according to South Australian Research and Development Institute (SARDI) principal scientist in climate application, Peter Hayman.

Addressing the Australian Farm Institute’s (AFI) “Farming in a risky climate” conference in Brisbane, Dr Hayman urged farmers to acknowledge the uncertainty, draw from the scientific evidence and plan to mitigate the risk of a hotter, drier farming environment, particularly in southern Australia. 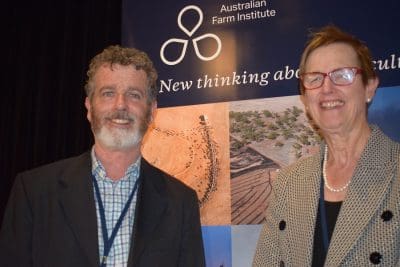 This is an edited transcript of Dr Hayman’s presentation to the AFI conference:

We are changing the radiative properties of the atmosphere which is changing the temperature, and that is having implications for rainfall.

It is a mature science. What we are seeing in Australia is that, while there is year-to-year variability, the temperatures are rising.

The straightforward explanation is that we are changing the radiative properties of the atmosphere largely by burning fossil fuels.

In trying to explain climate change, I use a simple analogy about “What destroyed the sand castle on the beach – was it a wave or the tide”? 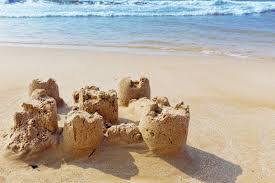 In climate data we have both ‘waves’ and ‘tides’ – year-to-year variability and longer term trends.

A lot of farmers will say they believe it is ‘waves’ where they are seeing a lot of natural variability in the climate. Of course, there is year-to-year variability. There is also decadal variability we need to take into account.

But underlining all this is a strong ‘tide’ of rising temperatures.

Simply looking at the current impact of climate change is like talking to a doctor about how you compare now without any discussion about the future.

In climate change, a lot of the discussion is about the warming to this stage being unequivocal without the discussion about the fact we are going into a future that goes between worrying and terrifying and the risk of very serious things happening.

A warmer world would be a wetter world, especially at the tropics and the poles. 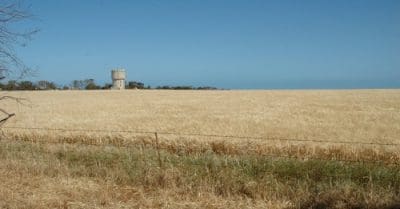 The problem is there is a drying in the mid latitudes. So, what I say to farmers in South Australia is a warmer world is a wetter world, except where you chose to inherit a farm.

In recent decades there has been severe drying in the south of Australia. If you take out the 2010/11 La Nina and the 2016 La Nina, it is a very sad story. They are two wet years in a run of dry years since the Millennium drought.

Firm predictions for temperature, not so rainfall

The projections are clearer for temperature than they are for rainfall. There is a lot of decadal variability.

However, we might get a wet decade in a drying trend.

Be careful that media will sometimes interview the one scientist that is disagreeing and one that is agreeing, which gives a false sense of balance.

In public opinion, be also careful that some people are loud that they disagree with the climate science. But they are a significant minority.

How can farmers deal with the uncertainty?

We are very confident that the climate is changing. We are also confident there is a lot of adaptive capacity.

Australian agriculture has a very vested interest in slowing the change and reducing the amount of change globally because we are possibly heading to a future where insurance, adaptive capacity and better crops are not going to help us.

In the short term, farmers need to acknowledge the uncertainty and talk about risk management and insurance.

Farmers need to build resilience, be careful about over-reliance on precise projections, prepare for a warmer, more variable and water-constrained future.

There is better and better information about short term weather and seasonal forecasting.

It is important to keep a watching brief on the drying in the south.

Are there some regions that won’t be sustainable for agricultural use?

There is a lot of confidence in the basic climate science. However, that doesn’t translate into exactly knowing what climate change will mean for you in your location.

What will the impact of climate change be on irrigated agriculture?

The exacerbating effect on runoff of a declining rainfall and a warmer world is quite worrying. There is likely to be less runoff. 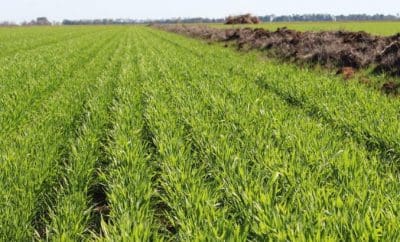 Especially in the Murray Darling basin, there is the worry about the timing of rainfall decline. If we were to see decline in autumn rainfall that would be a concern.

The water aspect is worrying, especially when you ask irrigators how they will manage heat effects, their answer is ‘water’.

There are real issues as to how policy interacts with climate. It is a really important and vexed question.