THE ‘average’ group of cotton growers achieved a profit per hectare of $1706 in 2016, according to the latest cotton industry economic benchmark report, the Cotton Comparative Analysis. 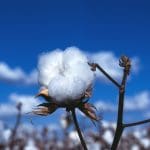 The report, released for the 2016 crop by Boyce Chartered Accountants and the Cotton Research and Development Corporation (CRDC), shows the 2016 profit was down on the 2015 average of $1899, but well above the five-year average of $1106.

This result was a combination of a reduction in yield, price and total expenses from the previous year.

The report is based on figures from growers who produced 340,000 bales, or 12 per cent of total Australian production.

The report notes some interesting trends over time – measured from 1997 to 2016: 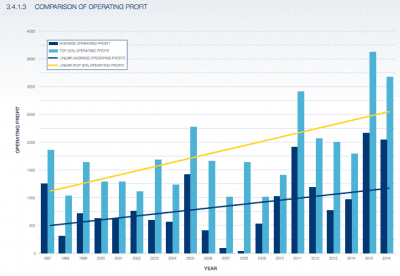 Table: Profit – comparison of ‘top 20 per cent’ to ‘average’ grower