COTTON Seed Distributors (CSD) has celebrated 50 years of service to the Australian cotton industry with a gala dinner at its ‘Shenstone’ cotton seed processing plant and laboratory near Wee Waa in north west NSW. 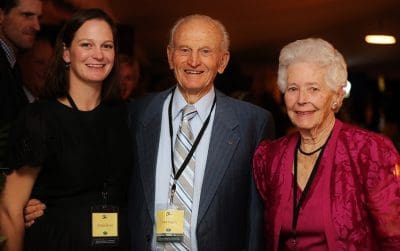 Founded in April 1967 by a group of cotton growers in the Namoi Valley, CSD is Australia’s sole supplier of cotton planting seed and is one of few independently owned and controlled cotton seed companies in the world today.

Over 300 guests, including past and present growers, staff and industry partners, gathered to mark the occasion and recognise those who have contributed to the sustained success of the company.

CSD managing director, Peter Graham, said the dinner was an opportunity to reflect on the achievements of the past half-century, and also to look to the future direction of the Australian cotton industry. 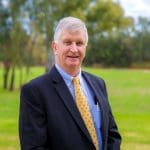 “This is our opportunity to thank the founders of CSD, our staff and our customers – the cotton growers. CSD is, and has always been, a member based and grower focussed company,” he said.

“In celebrating our 50th year of service to the Australian cotton industry, CSD has been able to thrive and grow both in Australia and internationally, while staying true to the vision and values on which the company was founded.”

Around the same time, a number of American cotton growers were recognising the suitability of the Namoi valley for cotton production, and began growing cotton there, along with a number of local growers.

A group of growers had the vision to invest in the production of cotton for seed, rather than lint, and on April 5, 1967, Cotton Seed Distributors was formed to manage the production, processing, treatment and distribution of this seed.

The first chair of the CSD Board was Frank Hadley, a Californian cotton grower who immigrated to Wee Waa with his family in 1961

“Right from the beginning, the goal of CSD was to have the best available seed and to have enough seed for maximum planting, regardless of water,” Mr Hadley said.

CSD attributes much of its success to the strength of the partnerships that have been formed over decades of shared vision and transparency in every relationship – with members, cotton growers, CSIRO, biotechnology developers, seed chemistry partners, resellers, industry partners and regional communities.

CSD has had a long-standing relationship with CSIRO through the development and release of over one hundred different cotton varieties since the 1980’s.

To date, both CSD and CSIRO have equally invested $72.5 million towards the research and breeding of future cotton varieties for Australia. By 2024 this equally shared investment is projected to total in excess of $145 million.

The cotton breeding cycle from initial crossing to commercial release can take up to ten years, therefore the success of the CBA joint venture is a result of the long term commitment of both staff and funding.

CSIRO chief executive, Dr Larry Marshall, who was a keynote speaker at the gala dinner, said the 46-year collaboration between CSIRO and CSD set the gold standard for research and industry collaboration that shapes future prosperity.

“Both CSIRO and CSD recognise the importance of investing in innovation to ensure a robust and profitable cotton industry in Australia, today and into the future,” he said.

For over 20 years, close relationships with Monsanto and Bayer have allowed CSD to commercialise multiple varieties containing herbicide and insecticide tolerance traits. In 2017, 99.9 per cent of Australia’s cotton crop is grown with varieties containing biotechnology traits.

CSD has also invested heavily in extension and development through a comprehensive variety research trial program conducted by a dedicated agronomy team strategically located throughout all cotton growing regions.

In 2012, CSD partnered with CRDC and Cotton Australia to form a joint extension program, CottonInfo, designed to facilitate industry research and development communication between researchers, growers, consultants and other industry groups, in order to achieve best practice. 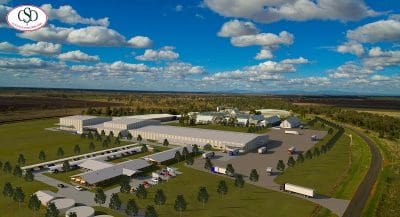 An artist’s impression of the completed Cotton Seed Distributors redevelopment. At the back of the complex are the existing buildings.

Mr Graham said the existing equipment and infrastructure was now 30 years old, and while it serviced the industry well, an upgrade was necessary to expand capacity for a growing industry.

“With the cotton industry continuing to expand into new regions and interest in dryland cotton increasing each season, CSD are investing in this redevelopment to ensure we can continue to support the industry into the future,” he said.

The new plant is expected to be fully operational for the 2018 processing season.