NO SINGLE irrigation system suits every situation, so producers should select a system that is most well suited to their farm’s soil type, topography, crop, water reliability, labour and energy resources.

That is one of the key findings of more than a decade of research into a range of different irrigation systems focussed on the irrigation valleys of north west New South Wales. 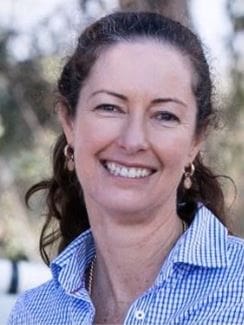 “The project is supporting a network of 36 farmer-led optimised irrigation sites located on commercial farms across Australia. Farmers and advisors are working with researchers to optimise irrigation through the utilisation of existing and emerging decision support tools and technologies,” she said.

“These sites are critical to boosting on farm adoption and will ensure that the information developed through the project is readily available to irrigators and their advisors. Farmers can visit these optimised irrigation sites to learn how technology can be utilised to enhance their own farms sustainability into the future.”

One of the optimised irrigation sites is located on the property, Keytah, near Moree in north west NSW where an irrigation system comparison trial has been running over the past 10 years.

The higher the gross production water use index the more productive the water use for that crop  has been.

“Again, the lateral system has performed really well,” she said.

Ms Gall said across the Gwydir Valley there was a trend towards bankless or siphonless irrigation setups.

“A lot of that is to try to manage the labour-resourcing challenge. It means you can utilise your permanent staff, you don’t have to rely on getting casuals in all the time to start and stop siphons,” she said.

“It takes away the energy use you may need to invest in when using a lateral system. And there is machinery and spray efficiency.

“The infrastructure that is available now to automate the gates, to put monitors into the field to give indications of the soil moisture and canopy temperature are really coming along and becoming more reliable. They are providing growers with the opportunity to make better decisions and optimise things more efficiently.

“One of the challenges is making sure the connectivity on the farm is up to spec to enable people to get the information from the various sensors.” There is a trend towards bankless or siphonless irrigation systems.