THE quaint flowering plant, Tridax daisy, is the latest to join the growing list of weeds in Australia to have developed resistance to the widely-used knockdown herbicide, glyphosate. 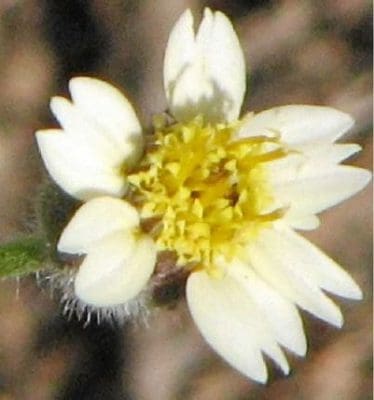 Also known as coat buttons, Tridax daisy is a tropical to subtropical plant introduced from the Americas which grows in Queensland, the Northern Territory and Western Australia north of the Tropic of Capricorn.

In farming, it is a problem in Central Queensland and the Ord River area where it infests cropping paddocks and channel banks. 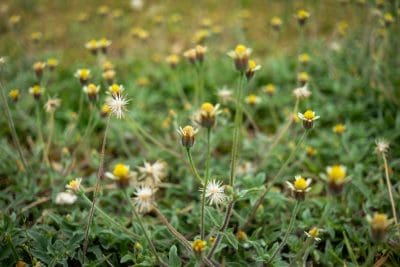 Tridax daisy is the 13th weed to develop resistance to glyphosate in Australia.

Australian Glyphosate Sustainability Working Group executive officer, Andrew Storrie, said the daisy had already been a difficult weed to control with glyphosate prior to the discovery of the resistant population.

“Controlling Tridax daisy has never been easy in Central Queensland conditions. When it is an established plant it is more tolerant of glyphosate. And often when farmers are spraying in subtropical conditions everything is working against the herbicide,” he said.

Mr Storrie said the resistant population discovered in the Ord had developed after being subjected to repeated glyphosate treatments over several years. 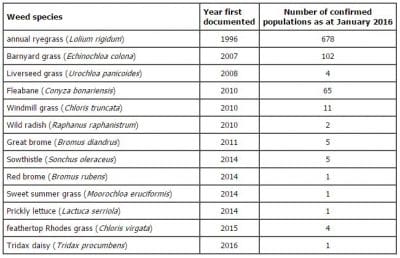 “They have used a ‘bare earth’ policy (under the trees) and have basically selected out the resistant plants. It is the same old story, over reliance on one mode of action herbicide with no non-chemical control,” he said.

“It is another warning to people to not rely solely on herbicides, and particularly not to rely just on glyphosate.

“Tridax daisy is not a major weed, but it just goes to show that if you put enough pressure on anything you can end up with a resistance problem.”

Tridax is the second glyphosate-resistant species from the Ord after resistant awnless barnyard grass was discovered there in 2007.