GRAIN growers in Western Australia who have taken advantage of summer rainfall and deep ripped paddocks have been warned the practice does not necessarily overcome soil water repellence. 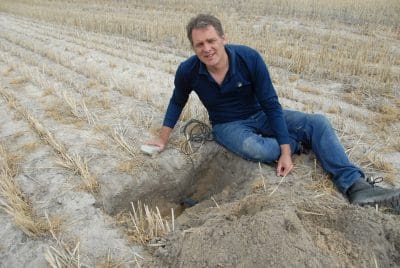 Department of Agriculture and Food (DAFWA) research officer Steve Davies said while deep ripping was an effective way to reduce soil compaction, it did not guarantee improved soil water penetration.

“Deep ripping does not alter the soil surface condition, only the subsoil condition. In fact, ripping when the repellent topsoil is quite dry can make expression of the repellence worse,” he said.

“Dry sown crops can sometimes have worse establishment on strongly water repellent soils that have been deep ripped, with poorer water infiltration when the dry topsoil has been loosened.”

An on-farm demonstration trial with the Mingenew-Irwin Group in 2016 found there were far greater gains to be made by soil inversion treatments, than deep ripping.

“The soil moisture content on 25 May after soil inversion or rotary spading treatments was 100 per cent higher than the control at 10 centimetres, 50-80pc higher at 20cm and 10-40pc higher at 30cm,” Dr Davies said.

“By comparison, three deep rippers were also tested but did not have a significant benefit on infiltration and soil moisture content.”

“Options include avoiding dry seeding and seeding cereals later on these soils, once there has been good rainfall,” Dr Davies said.

“Other options include increasing the seeding rate, using a banded soil wetting agent – either applied on the surface of the furrow or banded near the seed – or using other soil amelioration measures to address severely impacted areas.”

DAFWA research has found the use of a rotary spader or mouldboard plough can generate significant benefits to soil quality and subsequent yields on strongly repellent soils. 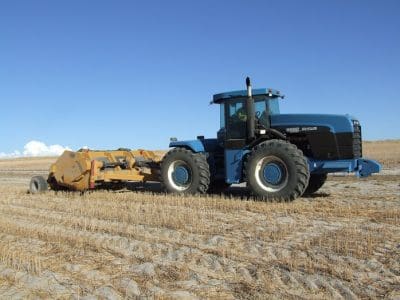 “Trials at Badgingarra and Esperance over the past five years on strongly water repellent soils revealed that inverting the soil through these processes have decreased repellency to zero, which has increased cereal grain yields by 0.4 to 1.2 tonnes per hectare,” Dr Davies said.

DAFWA research on water repellent soils will continue this year, including the continuation of trials at Irwin, Marchagee and York.

These trials will examine the impacts of deep ripping on water repellent soils and whether there is a positive interaction with soil wetters to help ensure good crop establishment.

“It was difficult to draw a conclusion from the trials last year, as it was a wet year, which produced reasonable establishment and variable results in response to the deep ripping and soil wetters,” Dr Davies said.

“At the Irwin site, deep ripping with topsoil slotting increased wheat grain yield by 0.6t/ha, while at a Watheroo site soil wetters increased yield by 0.1-0.2t/ha but ripping resulted in a small yield reduction.”