Drones or satellites? It’s all about the data

WHILE drones may be the flavour of the month and bring out the aviator in many farmers, they may not always be the best option for gathering farm data compared to alternative platforms such as satellites. 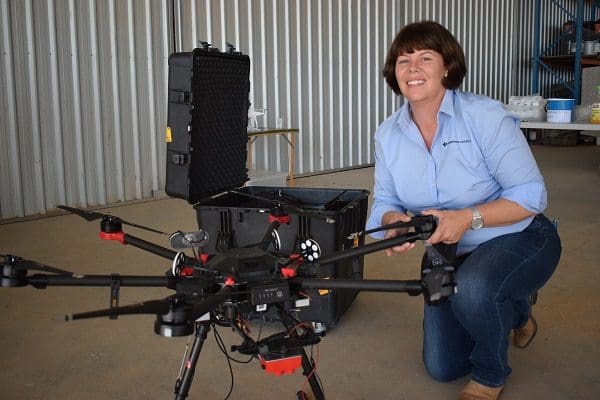 Brooke Sauer says producers need to get excited about the data that could be collected rather than the platform it is collected by.

Speaking at the Tulloona Conservation Farming Group field day in north west NSW, McGregor Gourlay Group digital ag manager, Brooke Sauer, said more importantly than thinking about drones, producers should be focused on the type and value of the data they wished to collect.

“The data itself is the most important part. A drone, an aerial platform or a satellite is really just the means to collect the data. At the end of the day it is all about the data you want,” she said.

Ms Sauer said start-up companies at the moment were offering mapping of soil characteristics or weeds from the sky using drones, but that might not be the most effective way to achieve it.

“After a while the novelty of flying that drone will wear off, because they probably will never be fully autonomous.”

“Ultimately, it is actually the pH map or weeds map that is important and there are far more efficient ways to collect that pH or weed map than by flying a drone,” she said.

Ms Sauer said while drones had a place, their main drawback was that somebody needed to fly and be responsible for the machines.

“After a while the novelty of flying that drone will wear off, because they probably will never be fully autonomous. The system needs to come a long way forward in terms of redundancy for CASA (Civil Aviation Safety Authority) to ever change their ruling about fully autonomous flights. Their first and foremost consideration is always the safety of others,” she said.

Ms Sauer said producers needed to place more emphasis on, and get excited about, the data that could be collected rather than the platform it was collected by.

“What is coming out of satellite imagery and the ability to take that data and turn it into something specific is quite exciting. It is obviously a whole lot more efficient to collect it that way than it is flying a drone,” she said.

Also speaking at the Tulloona field day, SataMap founder and Moree district farmer, Ben Boughton, said he started out building and using drones for generating farm maps and images, but had transitioned into working with data from satellites. 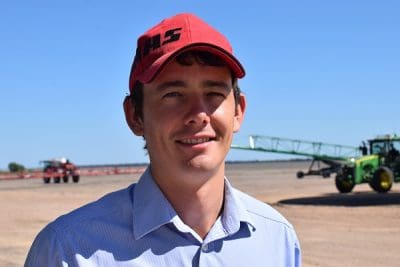 “We understood there was power in the data from drones, but it was just the time it took to map the paddock, process the data and the accuracy of the data. The actual value of getting the data wasn’t any bigger than the time and money we were spending to generate it,” he said.

“So, then we started exploring other options to get data and where could we get data with good integrity. The key is integrity.

“A satellite system put up by NASA, the Landsat program, in 2013 started making their data available free, so I set out to build a platform that would take that data and make it available to farmers like myself, but also agronomists and other agribusiness. That is where SataMap was born.”

Satamap is a web-based platform for viewing and analysing satellite imagery for key indicators, such as biomass levels, to help farmers and consultants with decision making.

“If you look at a single biomass map of a crop that is in the ground, agronomists will look at it and see which areas are performing well and which are performing poorly. They can go out to the paddock and look at the areas doing well and those doing badly,” he said.

“The next step is to say that the high biomass areas are more likely to have insect or grub infestations because they generally congregate in higher in those areas. So, you go to those areas first.

“And because the data is spatial so every single data point has a longitude and latitude point, you can start to take that data and make maps and use them to generate variable rate maps for spraying.”

The majority of people use it for scouting and understanding variability, but it can be taken a step further by those interested in variable rate mapping or other analysis.

Mr Boughton said while satellites provided a range of data-gathering benefits for farmers, there would always be a role for drones – “It is never a drone versus satellite thing – there are lots of different tools”.

“Satellites suit the broadacre cropping really well. But drones are great for research, easy to change sensors, great for figuring out which wavelengths are going to give us the answers we need. So, there is always a place for drones,” he said.