DURUM wheat varieties have achieved gross margins of up to $1100 a hectare more than common bread wheat varieties in South Australian Grain Industry Trust funded trials in the past two years. 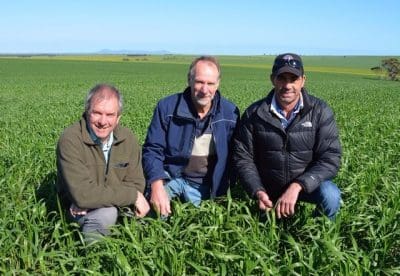 The results from five trial sites across SA in the project ‘Growing durum demand in SA: gross margin sensitivity analysis trials’, which is also supported by the Southern Australian Durum Growers Association, are used to calculate the gross margin, yield and quality grades of four bread wheat and four durum varieties.

University of Adelaide head of agricultural science, associate professor Jason Able, said the aim of the trials had been to demonstrate the feasibility of durum as an alternative high value crop, especially in areas it has not traditionally been grown such as the western Murray plains.

“Two of the recent durum varieties, DBA-Aurora and WID802, achieved a gross margin more than $1100/ha higher than the gross margin of the best yielding bread wheat in the Coonalpyn and Roseworthy trials, respectively,” he said.

“Given the price spread and the ability of some durum wheat varieties to yield comparable in many areas to the best bread wheat varieties, it is not surprising that across all the trial sites in both 2015 and 2016, the gross margin for durum was higher than the bread wheats.” 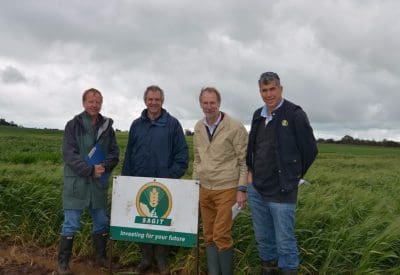 Trial sites include Yeelanna on the lower Eyre Peninsula, Wandearah in the Upper North, Sanderston in the western Murray Plains, Roseworthy in the Mid North, and Coonalpyn in the Upper South East.

The durum varieties in the trial are DBA-Aurora, WID802, Yawa, and Tamaroi, and the bread wheats are Cobra, Mace, Trojan and Emu Rock.

“While the 2016 season was perhaps somewhat of an anomaly when compared to many seasons past, it has showed us that with good management it is possible for growers to economically achieve very high yields and good protein levels with the latest durum wheat varieties,” Dr Able said. 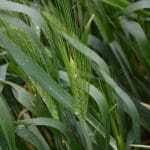 “We also learnt that if durum is sown into the right paddock with a good history, such as we had at Sanderston, high yields and good quality can be achieved with very little nitrogen added.

“We always knew it was going to be difficult for bread wheat varieties to achieve similar gross margins with prices staying close to $200/t, and durum contracts up around $400/t, or $330/t plus on the open market. The price spread for 2015 and 2016 has been strong, and while there may be a slight contraction in the durum price for 2017, we still expect gross margins to be attractive over the bread wheat varieties.”

Dr Able will present a full report into the gross margin trials, along with results from another SAGIT-funded project Genetic characterisation and exploitation of heat stress tolerant durum germplasm, at the upcoming Southern Australian Durum Growers Association pre-seeding forums in Tarlee, on March 15, and Horsham, on March 22.