MAJOR bulk handlers in Australia’s eastern states have received close to 11 million tonnes (Mt) of grain from the current harvest as activity in all regions winds down. 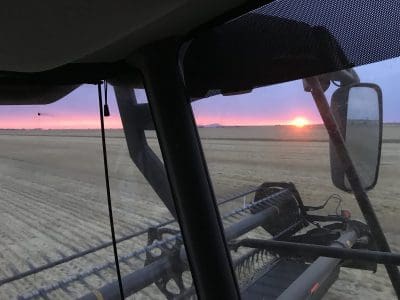 In its latest weekly harvest report, GrainCorp said frost had significantly impacted yields across some areas of Victoria, and that its operations across the network were transitioning from intake to outload for domestic and international customers.

In South Australia, Viterra said in its final weekly report for the current harvest that it had received 158,142t of grain in the week to 31 December.

The company said its sites had taken in 76 different segregations during this rain-affected harvest, 13 more than in the previous season, to potentially allow growers to capture higher value for their grain.

The Port Lincoln terminal loaded two vessels over the Christmas/New Year period, allowing deliveries from outside the local delivery zone for ASW1 and APW1.

In the eastern region, 52,706t of grain was delivered in the week to 31 December to take total receivals to 1.28Mt.

While receivals are slowing down, sites have been busy throughout the Christmas/New Year period loading rail and out-turning grain to meet a busy shipping schedule.