WORK has started on the newest giant canvas on GrainCorp’s silo art trail with Devenish in eastern Victoria the latest regional town to rejuvenate their historic grain silos with enormous murals.

Devenish is a small town of around 300 people in the Benalla council region, approximately 230 kilometres north of Melbourne and 50km east of Shepparton.

Without revealing the final concept, Mr Scale hints it will have an important tie to the local community’s history.

“Devenish has a strong connection to the First World War, so on the centenary of the end of the War we wanted to acknowledge the courage of this community and all service people,” he said.

“I’m excited to be spending time in Devenish over the coming weeks and getting to know the people who make this area so special. It’s a beautiful part of the state and I hope the artwork provides another reason for people to visit and explore.”

GrainCorp’s Victoria regional manager, Peter Johnston, said: “GrainCorp was part of the very first silo art project in 2015, which has now grown into a national phenomenon and we are proud to continue our support.

“This is the seventh silo art project we have supported, with five in Victoria and one in Queensland. We have seen the enormous benefit this visually inspiring and important community initiative brings to the town and broader region.

“The local community group led by Kevin Mitchell and Benalla Rural City Council have been a pleasure to work with as we come together to deliver the latest work of art.”

The idea was the initiative of the Devenish community, led by local farmer Kevin Mitchell: “We are delighted that this project is coming to fruition.

“The local community has supported this idea with their time and donations and we look forward to it giving a real lift to the area,” Mr Mitchell said.

Mayor, Cr Don Firth said the Council was very happy to support the project because of the tourism and community benefits it would bring.

“Being part of the Silo Art Trail is significant for Devenish and the whole of Benalla Rural City,” Cr Firth said. 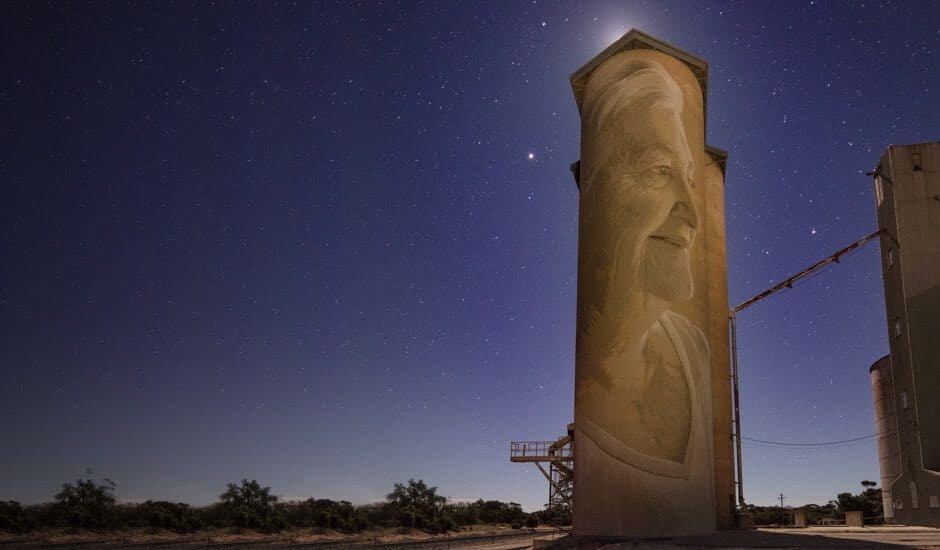