THE INFORMATION revolution dubbed ‘Big Data’ is set to be the next game-changer for Australian agriculture. 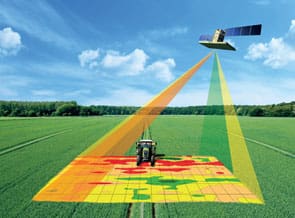 ‘Big Data’ involves pulling together huge volumes of data from a wide range of sources to build a comprehensive store of information that policy makers, researchers, advisers, service providers and farmers can analyse to enhance decision making.

There are multiple, separate sources of valuable data and information across a range of scenarios that would be far more useful if they were brought together into one accessible resource.

CSIRO science director, Michael Robertson, said, in the agricultural context, that could mean pooling such things as all the known sources of weather information, soil tests and/or vegetation data.

“What about using the observations in the grain belt where pest and disease outbreaks happen every year and us being able to use that information in an aggregated sense to work out what is happening.”

“If you take a little bit of data you collect in one paddock in one season it tells you a certain amount of information; if you can do that over a number of seasons on that farm you start to learn more about patterns in production; but imagine being able to scale that up to cover the whole country,” he said.

“That would show how what a grower is doing in one paddock in one season fits into the context of what is being done on similar soil types in a different rainfall zone or under a different cropping practice.

“With the data added together, we can create something much more useful and helpful for an individual grower.

“I think it will enable us to underpin the next generation of precision agriculture and competence around decision-making, both on-farm and post-farm.”

“Big data is like teenage sex: everyone talks about it, nobody really knows how to do it, everyone thinks everyone else is doing it, so everyone claims they are doing it…”  (Dan Ariely, Duke University)

Dr Robertson listed three practical examples of how ‘Big Data’ could be turned into value for Australian farmers if systems were developed and put in place to pull it all together:

Issues of trust and ownership

Dr Robertson said there were still some aspects of ‘Big Data’ that needed to be addressed, such as concerns over trust, transparency and who was going to benefit.

“There is a perception that it is going to be the input suppliers and people post-farm gate who have the most to gain. This has to be addressed and systems have to be developed that deal with these perceptions,” he said.

“There is an issue over privacy. There are GPS co-ordinates associated with the data that can be linked back to a property. I don’t think we are dealing with it anywhere near the way we should be.

“I think there are practical benefits in the offing for growers, provided we can build the systems that deal with the data and that growers can market their own data in a way that they have control of it and get paid for it.

“We need business models that attract people into that position, as long as the privacy and ownership concerns are addressed.”