THE Russian wheat aphid (RWA), which was first identified in Australia at Tarlee in South Australia in May last year and has since spread across the major wheat and barley growing areas of SA, Victoria and southern NSW, is proving a damaging, but manageable, pest. 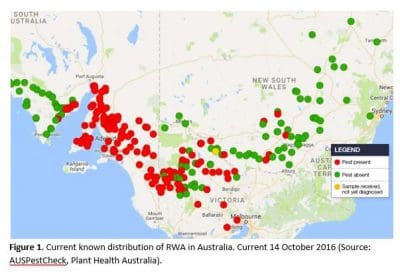 Dr Umina said RWA infestations at the initial outbreak in SA appeared to have commenced on wheat volunteers. 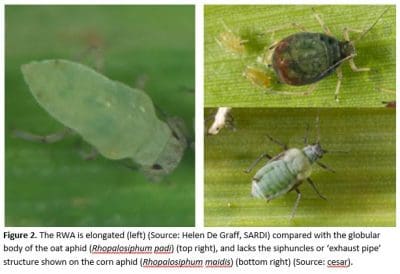 “The early onset of rain in January 2016 may have created a ‘green bridge’ that favoured RWA, as many of the heavier ‘paddock wide’ infestations were in early sown crops with volunteer cereals,” he said.

“Most early infestations in other parts of SA and Victoria were also first detected on volunteers. In other later-sown and/or less infested-paddocks, RWA was mostly limited to paddock edges, where local migration from weedy grasses into the paddock is likely to have occurred.”

Dr Umina said a research program monitoring population dynamics in the field late last year in RWA affected regions of SA and Victoria showed the aphid populations varied markedly between regions (from 0 to up to 160 aphids/100 tillers), but declined at all localities during the month of September.

“Rain is believed to have washed off many aphids and many of those surviving, hidden in the rolled leaves, were then attacked by entomopathogenic fungi (an insect disease) and died,” he said.

“This sharp population decline was unexpected. In most areas worldwide, RWA populations build up in spring — this is the period where most damage is caused by aphids attacking flag leaves and causing head abortion. It is also when growing populations disperse widely.”

AgXtra senior research officer, Belinda Rawnsley, told the Updates that RWA might be more difficult to control than some other aphid species due to colonisation and survival in rolled leaves affecting the ability to get direct physical contact of the target pest.

Dr Rawnsley said 16 trials were conducted across SA and Victoria to look into the efficacy of currently registered insecticides for the control of the new insect pest under local conditions.

“Chlorpyrifos was highly effective in controlling RWA in wheat. However, all insecticides tested substantially reduced RWA populations in wheat compared to not spraying at all. In comparison to chlorpyrifos, pirimicarb showed greater variability in control of RWA and efficacy was influenced by temperature at time of spraying and crop growth stage at application,” she said.

These insecticides were, however, more effective when applied at early growth stages BBCH 24 in Vic trials.

Overall, alpha-cypermethrin and esfenvalerate were less effective than other insecticides tested in these trials.

RWA is a native to the trans Caucasus region in central Asia and was first reported as a pest of wheat in Russia in the early 1900s.

Few RWA problems were reported until it started to expand its range in the 1970s, when it was found in South Africa and Mexico.

Its arrival in Australia last year means this aphid has now invaded all of the world’s major wheat producing regions.

Describing RWA’s presence in his home state of Colorado in the United States, Colorado State University professor and extension specialist, Dr Frank Peairs, said RWA had been a key pest of Colorado winter wheat since its introduction in 1986. 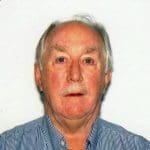 However, he said it had been in relatively low numbers since the last significant outbreak occurred in 2009.

“Volunteer wheat is key to survival between winter wheat crops in the Southern Plains, while several non-cultivated cool-season grasses are more important to over-summering success in the Central and Northern Plains,” he said.

“Biological control from natural enemies is thought to play an important role in the reduced pest status of Russian wheat aphid in Colorado.