NATIONAL grain farmers’ representative body, GrainGrowers, has welcomed the release of a report into the transport costs impacting on the grains industry which provides new insights into the $5.8 billion the sector spends on transport each year. 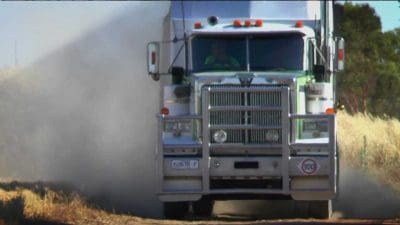 GrainGrowers’ CEO David McKeon said the project, which expands CSIRO’s TraNSIT, is aimed at reducing costs for all agriculture through modelling and analysis of transport and logistics options.

“This is an important tool to understand and help solve agriculture’s freight and infrastructure challenges,” Mr McKeon said.

“Having all agricultural commodities included in the modelling provides consistent information and a real basis for comparison of infrastructure priorities and actions required to reduce industry costs.

“It has allowed industry and government, for the first time, to have a model which it can use to model different options and really understand where infrastructure investment will produce the best bang for the buck.”

Mr McKeon said GrainGrowers had commissioned CSIRO to further investigate the grains supply chain to identify pinch points and to be able to model a range of scenarios to reduce costs and improve freight efficiencies.

“Each year some 45 million tonnes of grain are transported great distances from farms to ports, feedlots, stockfeed manufacturers and flour mills,” he said.

“Freight is a significant cost to grain farmers and this report estimates it costs the Australian grains industry more than $2.6 billion a year to get grain from farm to market on road and rail. The CSIRO’s modelling will provide an essential tool for us to understand the road and rail costs and how these can be reduced in Australia.

“Some 39.8 million tonnes of grains were exported from our ports in 2016/17 and this must directly compete on world markets with competitors whose transport costs are quite often significantly lower than ours.

“GrainGrowers’ is seeking a more efficient grains supply chain and ultimately lower freight costs for farmers. We need to have robust and comprehensive data in order to influence policy and investment decisions and that’s what CSIRO’s modelling of the grains supply chain will provide.”

“CSIRO’s modelling will be extremely valuable to help us identify ways to improve efficiencies and save costs in getting grain from farm to port or to domestic customers, for the benefit of farmers and their hip pockets.”

A copy of the TraNSIT report is available here. The report is funded through the Agricultural Competitiveness White Paper by the Federal Government.