COMPASS and Spartacus have been approved as malting barley varieties by the barley industry’s peak organisation, Barley Australia, expanding the choices available to growers and maltsters. 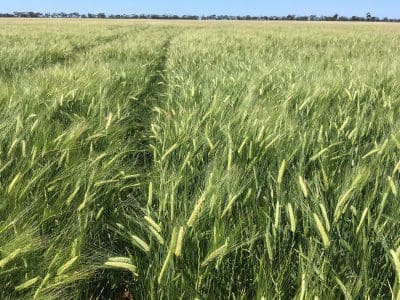 The varieties were accredited as malting barley following evaluation trials conducted in association with the Malting and Brewing Industry Barley Technical Committee (MBIBTC) assessment under the malting barley evaluation process.

Spartacus CL IGB 1334T has been bred by InterGrain in Western Australia, while Compass WI4593 was bred by the University of Adelaide.

Barley Australia said Spartacus processed in a similar manner to La Trobe, and was mostly comparable in malt quality, with the agronomic advantage of imidazolinone herbicide tolerance.

Spartacus is described as being well suited to export markets requiring this style of barley where starch-adjunct brewing is undertaken.

Compass is said to have similar malt qualities to Commander, but with improved agronomic characteristics.

Compass is described as being most suited to producing malt for brewers with a medium fermentability, and can be utilised in sugar-adjunct and starch-adjunct brewing, making it suitable for domestic and export markets.

As with all accredited varieties, their success will be determined by the market.

Barley Australia lists accredited varieties shortly after their approval, and reflects the status of other varieties under evaluation. Preferred varieties will be updated very soon.