AUSTRALIA’S sorghum plantings this summer appear to be down on last year, based on indications from reduced seed sales and the large area planted to dryland cotton (see table below).

Agforce Qld Grain president, Dalby grower Wayne Newton, said high cotton prices triggered a dramatic increase in dryland cotton plantings this summer, taking away a lot of area that would normally have been planted to sorghum. 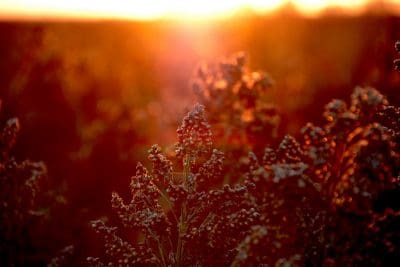 He said seed supply companies were reporting sales of sorghum planting seed were well down.

A similar situation applied across most NSW and Qld valleys where sorghum competed for area with dryland cotton and other summer crop options such as mung beans.

The switch to dryland cotton has also been attractive for many growers in that it has enabled them to change control methods on some difficult weeds such as feathertop Rhodes grass. ­­

Sorghum is unlikely to be in strong demand for feedlot rations this year, with significant quantities of preferred wheat and barley now safely in the bin and locked in to long term ration formulations.

Mr Newton said world grain prices were at multi-year lows and the world outlook anticipated depressed prices for a period to come.

“Growers need to be making an informed decision,” he said.

In spite of hot January conditions and lower plantings, there will be an exportable surplus of sorghum to find its way to the export market this year, along with the traditionally sorghum-rich consumers such as biofuels in southern Qld and pig and poultry consumers in NSW and Qld.

Sorghum traders construct the months of March/April and April/May as the start-point of the pricing of Australia’s annual sorghum program.

Today’s Australian sorghum quotes for that period put our product between US$15 and US$25 per tonne cost and freight (C&F) over the price of US origin sorghum delivered to the China market.

Export market active, but predominantly from origins other than Australia

Australian grains fetch a several dollars-per-tonne premium in many markets, a benefit arising from physical characteristics, along with buyers’ perception of quality and cleanliness, making for easier processing.

On the other hand, because Australian sorghum as a feed ingredient competes in the world feed market with sorghum from South America and North America, and with corn originated from many parts of the world, Australian growers will only clear all available export stock when pricing merges with world market parity.

“China is leading sorghum purchases with 40 million bushels (about one million tonnes) – 70 percent of total US grain sorghum exports,” the report noted (click here to access).

Australian sorghum has everything going for it (clean, low moisture and tannin, short shipping distance to China) except, it would seem, ability to compete at this moment on price in the export market.

* this is Cotton Australia’s forecast (see story), all other numbers are from ABARES Dec 2016 Crop Report

Australian FOB sorghum asking price in the same time period is seen around US$196/t, and while it would be simplistic to apply a linear equation to compare FOB plus freight plus execution charges (ocean freight from US to China is more than double the freight from Australia to China), a seller will only clear its stock when it is in a position to compete.

Carrying stock from one season to the next marketing year is a decision on which a grower needs to seek knowledge, be informed.

Footnote: The US State of Kansas in 2016 grew 268 million bushels of sorghum and exported 60pc of that. Yield was 91bu/ac.