HARVESTERS are well into stripping this season’s corn crops in Queensland and northern NSW, taking off grain for the grit and feed markets, while southern growers in the Riverina and Victoria are underway with their first corn cuts for silage. 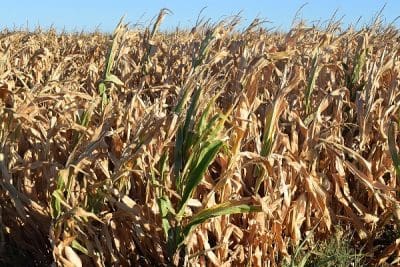 ABARES estimates 70,000 hectares of corn have been grown this season with a potential production of 467,000 tonnes. While the area is the highest for the past three years, the estimated production is below last year’s levels due to dry conditions through the growing season.

“There has been a relatively big planting of corn this year, more so in Victoria and southern NSW for silage production where water was cheap early and they got the crop in early,” he said. 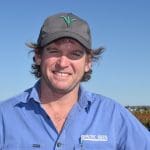 “The grain sorghum price was so bad early that it was a good time for people to look at corn. They got the early break and the price for sorghum was so bad they decided to hedge some on early corn.”

Mr Johnston said there had been an earlier planting than usual on Queensland’s Darling Downs where growers started sowing in August/September. There had since been a November plant on the Downs that had topped up the area.

“The early plant is mostly harvested or getting harvested on the Downs. The later plant is tasselling now. In the south, they are just starting to cut silage in northern Victoria, southern NSW,” he said.

Mr Johnston said it had been a difficult year for corn production with an unusually cool start, followed by a season of widespread dry conditions and heatwaves that had taken their toll, particularly on dryland crops.

“It was really cold when they were planting early which caused a few issues, and since then it became dry and had big heat when the crops were pollinating,” he said.

“Yields are all over the place. The irrigated crops are really good. They are getting 15 to 16t/hectare. Unfortunately, the dryland yields aren’t great. They are a long way back from that.”

Mr Johnston said while tough years were unwelcomed by farmers, for corn breeders and seed suppliers such as Pacific Seeds they provided the opportunity to put potential new varieties to the test.

“This year has been a good one to have a really good look at our new lines,” he said. 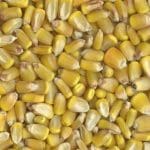 “We have a new grit corn, PAC 725IT, which is 114 CRM (comparative relative maturity) which is really exciting because we haven’t had 114 CRM before. It is getting on the quick end of a grit which gives people the option to plant it right through to December/January, plus early plant.

“We have also been playing around with feed corn and soft yellow dent corn around 107-108 CRM which is traditionally a Victorian market but we have found a couple of varieties that are handling the tough, dry conditions in the north. They are a couple of years away, but are showing good potential.” 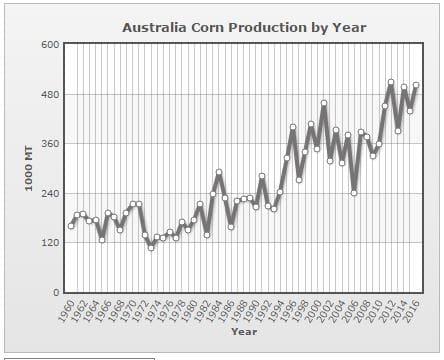