THE high uptake of revolutionary farming practices that has ensured the long-term viability of farming in Central Queensland (CQ) is due in no small part to long-serving Department of Agriculture and Fisheries technical officer, Maurie Conway. 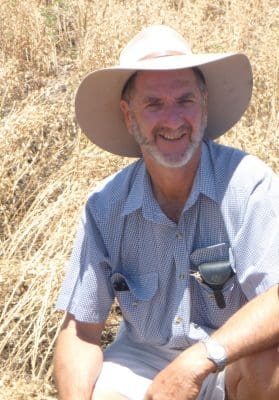 Retiring from the Department on December 1, the widely known ‘old school’ adviser has made his mark in a career spanning more than four decades.

As an agronomic authority in CQ for nearly three of those decades, Mr Conway has played an integral part in the development and adoption of farming systems uniquely suited to the vagaries of CQ’s variable climate.

Key to the success of modern-day farming systems in CQ is a combination of zero till, controlled traffic, opportunity cropping, efficient use of water and nitrogen, and incorporating more legumes into the system.

“CQ farmers are farming in the most variable climate of anywhere in the world. While there are climates that are harsher, there is nowhere more variable. Any month of the year can be extremely wet or extremely dry here,” he said.

“That means water management is so much more important in CQ, whether that is about retaining stubble, capturing runoff or opportunity cropping.

“In other parts of Australia they frequently use rotations as a way of managing water and disease. But in our system in CQ, if there is water in the system we effectively need to grow something. It is a ‘use it or lose it’ technology.”

Growing up on a mixed farm at Baralaba in CQ, Mr Conway went to Baralaba High School, then on to Gatton Agricultural College before starting work at the Queensland Wheat Research Institute in Toowoomba in 1970.

He moved back to CQ in 1989 with a posting to Biloela where he worked on pasture research before transferring to Emerald in 1998 where he shifted across to working on cropping and farming systems projects. 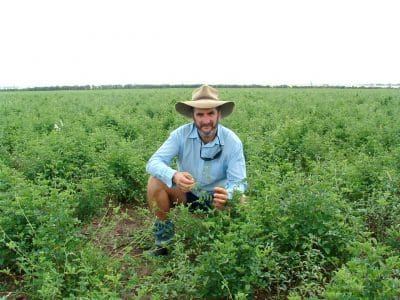 Maurie Conway has been a key player in the development of pasture improvement and farming systems in Central Queensland.

Mr Conway said the biggest change to farming in CQ in the past couple of decades had been the focus on the more efficient use of water and nitrogen, and weed control.

“I can remember years ago farmers planting on narrow rows and with lots of weeds. They used to talk about ploughing all January. Then it would stop raining and they’d plant and then complain about the drought,” he said.

“Now growers capture that water better and use it to grow a crop. As a result, they are doing much better.”

Early in his tenure at Emerald he became involved in Farming Systems projects that were to ultimately reshape the way producers farmed in CQ.

“There had been a project on run off and soil loss that demonstrated the need for better water use efficiencies in our cropping systems. The research was done but the belief by the funders was that the research was still in the filing cabinet,” he said.

“So a big part of Farming Systems was not so much about research but demonstrating the technology and encouraging the uptake.

“I think that was a very successful project in the sense that CQ farmers were the earliest and quickest adopters of zero till and controlled traffic technology in large numbers. They led the rest of Australia.

“It was all because if you don’t use water efficiently in this part of the world then you are really going to struggle to farm.”

Mr Conway said one of the main reasons CQ farmers were early adopters of no-till farming was that they could see it had big benefits in their moisture-fickle environment.

“A big part of people getting into zero till was Roundup going from $20/litre to $4/l. But that alone wasn’t going to cause the level of uptake. We had to demonstrate that the system worked, which we did. That was a big change,” he said.

“It allowed farmers to go to bigger areas. So instead of ploughing 3000 acres, suddenly the same farmers with less labour and a change of equipment could farm 5000 or 6000 acres. It took them to a new level of viability.”

But along with the expansion of zero till came the build-up of resistance to herbicides by weeds, in particular feathertop Rhodes grass. 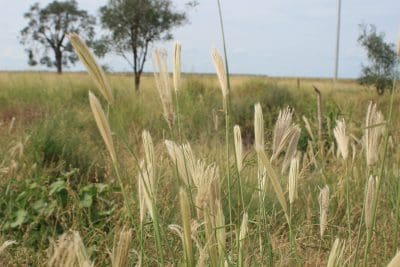 “The reality is, whatever technology you use on weeds, if you use a single approach they are eventually going to beat you. So, it was a recognition we needed some sort of double knock, whether that was Roundup and Gramoxone, a residual herbicide with a contact herbicide, or Roundup and some limited tillage.”

With retirement looming at the beginning of December, Mr Conway said the thing he would miss most was the interaction with people and dealing with “sharp-end farmers who are twice as smart as me”.

“What makes a good farmer is someone who can handle risk and complexity and prioritise their decisions. You have to take your hat off to them,” he said.

“I remember doing a weed survey where, in a week, I was in 70 paddocks on 60 farms with 50 owners from Kilcummin to Theodore, down every back road. I’ve had trials on just about every one of the farms.

“This job has allowed me to interact with a whole lot of people which has been the best part of it.”