Mice on the rise pose risk to crop sowing

GRAIN growers in Victoria and South Australia are advised to be on alert for increased mouse activity, with significant economic damage at sowing expected in some areas. 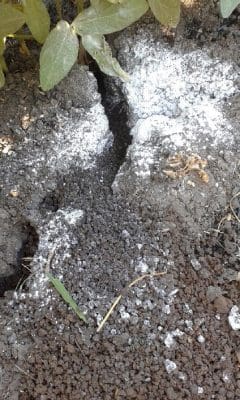 Recent monitoring efforts funded by the Grains Research and Development Corporation (GRDC) indicate that mouse abundance is on the rise across both states, fuelled by ample food and cover as a result of last year’s bumper harvest.

CSIRO researcher Steve Henry, who has been surveying mouse activity for a GRDC-funded project, said mouse abundance was increasing on South Australia’s northern Adelaide Plains and Yorke and Eyre Peninsulas, while a build-up in numbers was occurring at all monitored locations in Victoria’s grain belt.

With mice continuing to breed, Mr Henry expects populations will rise further in the lead-up to sowing of this year’s winter crops.

“Growers should remain vigilant and act accordingly if damage is likely,” he said.

Mr Henry has observed unexplained variability in mouse activity from one paddock to the next on some properties, and therefore advises growers to monitor across multiple paddocks to get a true indication of numbers to inform their management decisions.

He recommends growers look for evidence of active burrows, rather than relying on mouse chew cards as these are not as effective when abundant alternative food is present.

“To look for active burrows, I suggest farmers walk about 30 metres in from the edge of the paddock and set a 100 metre (1 metre wide) transect through a crop, following the furrows,” he said.

“They should walk slowly along the transect scanning for evidence of mouse burrows, taking note of any burrow that looks active and recording the number of burrows per 100 metre transect, and then repeat across two or four transects.

“If there are more than two to three active burrows per 100 metres, then they have a mouse problem.”

Mr Henry said corn flour could be used to mark potentially active burrows, but the transect would need to be inspected the next day for observation of signs of activity.

Mr Henry encourages growers and advisers to report and map mouse presence, absence and level of activity using MouseAlert (www.mousealert.org.au) so others can see the scale and extent of localised mouse activity.

MouseAlert also provides access to fact sheets about mouse control and forecasts of the likelihood for future high levels of mouse activity in each grain-growing region.

For information about monitoring mouse activity, contact Steve Henry from CSIRO on 0428 633844 or email [email protected]. Observations can also be directed to Mr Henry via Twitter, @MouseAlert. Information about mouse control is available via the MouseAlert website, www.mousealert.org.au, or the GRDC Fact Sheet, http://www.grdc.com.au/grdc-fs-mousecontrol