A NEW state-of-the-art grain handling facility being built near Emerald in Central Queensland will help make it safer and cheaper to transport grain, but much more needs to be done to revitalise Queensland’s agricultural rail freight network, according to AgForce Grains president, Wayne Newton. 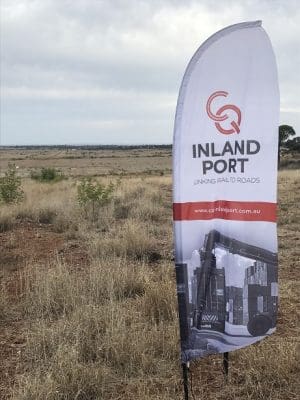 The site of the new Yamala grain facility near Emerald, Queensland.

Mr Newton made the comments after joining with GrainCorp CEO Mark Palmquist this week to visit the Gladstone Port, Central Queensland grain farms and the site of the new grain facility at Yamala ahead of its upcoming development.

He said AgForce welcomed GrainCorp’s $18.5 million investment as well as the $2.6 million from the Queensland Government for a new rail siding that had allowed the project to go ahead.

“The new grain facility at Yamala will have 180,000 tonnes of storage capacity, the ability to handle longer trains both now and into the future, and faster train cycling times to Gladstone,” he said.

“It’s also a win for the local community as it gets more grain trucks off regional roads in Central Queensland and allows grain to be efficiently handled away from the Emerald township.”

Mr Newton said while the new facility being built at Yamala was a positive first step, more needed to be done to improve grain rail infrastructure in both central and southern Queensland. 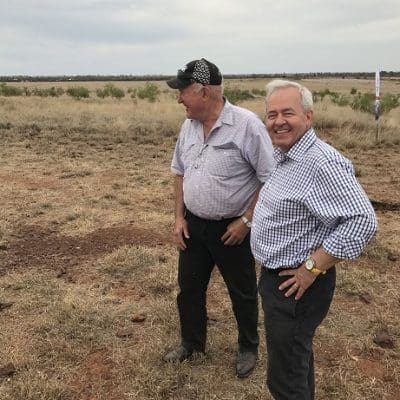 “Transport makes up more than a third of growers’ cost of production so for our grains industry to be globally competitive, we need to be able to get our product to port as efficiently as possible, and rail transport is far more efficient than road transport,” he said.

“Unfortunately, Queensland has some of the worst performing rail infrastructure in Australia.

“AgForce is keen to work with GrainCorp and the State Government to ensure the investments don’t stop at Yamala. We need investments across the network, especially in southern Queensland, and AgForce wants to remain involved in those conversations.

“So, while we welcome the State Government’s funding for a new rail siding at Yamala, much more rail infrastructure investment and improvements are needed to ensure Queensland doesn’t fall further behind other states on our supply chain costs.”