INCITEC Pivot Fertilisers is sounding the alert on nitrogen this season, with early indications suggesting many soils have lower than usual nitrogen reserves. 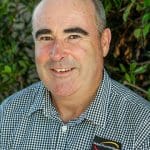 Based on recent soil test data from the Nutrient Advantage laboratory, an alarming 46 per cent of cropping soils tested had less than 25 kilograms/hectare of plant available nitrogen in the main root zone.

“We’ve looked more than 1,200 soil tests from the 10-60 centimetre depth from Queensland, NSW, Victoria and South Australia analysed by the Nutrient Advantage laboratory in January and February and the results are clear.

“Nearly half of these test results showed less than 3 milligrams/kg of nitrate nitrogen, which equates to less than 25kg/ha of plant available nitrogen.

“At this level, crop yields would be capped at around 1.5t/ha of APW grade wheat or 1.75t/ha of malting barley without nitrogen fertiliser, assuming some contribution from mineralisation.”

Mr Walker said some deep N test results were showing higher nitrogen levels, but the average was 6mg/kg of nitrate nitrogen and 1mg/kg of ammonium nitrogen.

“This is no surprise after high yields and some nitrogen losses in 2016,” he said.

He is urging growers and advisers to take steps to protect crop productivity this year, starting with soil testing.

“Deep N soil testing before sowing is the best way to quantify carry over nitrogen reserves from 2016 plus any mineralisation over summer so that an appropriate fertiliser strategy can be developed,” he said.

He said mineralisation rates were known to be declining in modern continuous cropping systems and often contributed most to the cropping system in spring – after the period of greatest nitrogen demand.

Mr Walker said winter crop growers had a lot to be positive about as they approached the start of the 2017 season.

“It was an excellent spring in most southern regions, so subsoil moisture levels are likely to be at or ahead of average for this time of year,” he said.

“This stored soil moisture is really valuable for growing useful crops in quite dry years, or getting the crop home in a tight finish.”

“It makes sense to set crops up so they have the potential to achieve high protein if the premiums are there again this year,” he said.

Mr Walker encouraged growers to apply most of their planned nitrogen fertiliser requirement earlier in the season to meet initial yield targets.

“Arrange a soil test first, so you can plan and take action based on real data,” he said.

“Then consider the range of ways to supply the nitrogen fertiliser required with minimal risk to the emerging crop.

“Growers can pre-drill urea, band higher rates of nitrogen fertiliser away from the seed at planting or consider topdressing soon after sowing.”

Where soil profile nitrogen levels are very low, Mr Walker recommended supplying most of the predicted crop nitrogen requirement by early tillering in cereals or 8-leaf stage in canola.

“If seasonal prospects improve or good protein premiums are available, additional nitrogen can always be topdressed later in the crop,” he said.