CENTRAL NSW oilseed processor, MSM Milling, has entered into a long-term agreement which is putting high-oleic Australian grown and processed Monola oil into the kitchens of global fast-food giant, KFC after its Australian operation made the decision to switch in 2012. 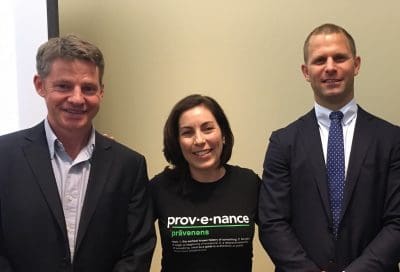 The philosophy behind the move was discussed last week by MSM Milling general manager commercial, Charlie Aldersey, at the Australian Grain Industry Conference (AGIC) in Melbourne.

Mr Aldersey said the agreement came about because KFC had made a strategic decision to use Australian grown and processed cooking oil instead of imported product.

It approached MSM Milling to look at contracting growers who could produce high-oleic seed to give it not only a cooking oil which worked well in its kitchens, but also a product with sustainability credentials.

“It leverages off our sustainability credentials (and) provides traceability back to the farm gate, which is giving us a point of difference,” Mr Aldersey said.

“They realised they have a story to tell; it means a lot to have Australian sourced.  They have a brand to protect and want to do the right thing.”

What MSM Milling supplies to KFC is Monola oil, produced from a variety of canola which has been bred to have a more stable fatty-acid profile than conventional canola oil.

MSM Milling’s long-established processing plant, a joint venture with the Manildra Group, is located at Manildra on the central west slopes of NSW, putting it amidst a number of growers who can supply seed for the KFC crush.

Under the contract, growers complete an agreement with Nuseed, which owns the rights to Monola, and commit to selling all the seed to MSM Milling.

Mr Aldersey said farmers get paid a premium for their efforts, based on a canola track price which is brought back to a site-equivalent price using GTA location differentials.

They can then store it on farm, deliver to MSM Milling, or deliver to one of the company’s nominated sites.

“We then provide the link straight from the farmer right through to the end user which in this case is KFC.”

MSM Milling takes the oil to distribution centres, which then delivers to KFC stores.

“It works effectively for specialty products which are not commoditised.  It allows us to apportion part of our processing to a closed loop.”

He said the market KFC had created had stability, and returned a premium to grower and crusher.

“You have a reliable ongoing demand base; we’re contracting year in, year out with those farmers who grow hi oleic for KFC, it’s not something that’s there one year and not there the next year because of something like an export market collapse. It’s a long-term prospect.”

Mr Aldersey said the KFC move to use an Australian cooking oil, and publicise the fact, had shown how the concept of sustainability had worked its way into the ethos of good corporate citizenship.

This has come to include a triple bottom line, where companies are accounting for and reporting a framework on economic prosperity, environmental prosperity, and social justice.

“A lot of these are enhanced by being able to go back to the farm gate.”

Mr Aldersey said MSM Milling had done some promotion with KFC trumpeting the fact that some of its products were cooked using oil made from canola grown on Australian farms.

“It leverages off a farmer’s sustainability and good practise; Australian farmers generally have a very sustainable model, which can be leveraged.  You see this also in the canola seed going to Europe from Australia.

“We source all our canola, weather permitting, from the farms around our plant.

“This model is a very sustainable model.  We are leveraging off this plant to provide service to consumers such as KFC to be the one link between farmer and end user.”

Mr Aldersey was asked if multi-year contracts like those offered in some agreements in Canada and the US were likely to be offered to Monola growers via MSM Milling any time soon.

“We don’t really see that at this stage,” Mr Aldersey said, adding that Australia’s production risks were more pronounced than those in the US.

“At this stage we’re not seeing contracts that pass that risk on through beyond the farm gate.

“New varieties are coming out, so if it’s happening in North America, it will probably start to happen here also.”