A LACK of infrastructure planning and hydrological survey data is holding back irrigation development in northern Australia. 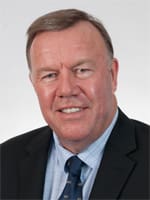 His comments come after the Queensland Government recently announced 92,500 megalitres of water would be made available in the Flinders and Gilbert River catchments in Queensland’s Gulf country.

“The release and sale of water will only transform northern Australia if the endgame is bankable irrigation developments,” Mr Farley said.

“But any current business planning is being hampered by a lack of detail about when State Government infrastructure funds and geographic data will flow to enable these projects to get off the ground.

“The Government is selling a water licence, but they are not actually selling the terms and conditions under which you can use it.

“Once you have the water licence you obviously want to protect the use of it, so you want to build flood levies, channels and drains. At the moment, there are no specific rules around that in the Flinders and Gilbert, nor the entire Gulf.”

Mr Farley said there was no overall drainage plan and no overall infrastructure plan to protect roads, towns, neighbouring properties.

“Without adequate attention given to the terms and conditions of above ground channel access, flood levees or drainage, the Queensland Government is doing little more than selling pipe dreams to landholders,” he said.

“One thing we know is that the Gulf country holds 2.6 megalitres of water before it starts running water. That is its water holding capacity. If you get four inches of rain in the Gulf, that produces another megalitre of water. If you have a king tide in the Gulf, water backs up to Julia Creek very quickly.”

Mr Farley said Australia had created massive irrigation projects in the past and had done them very well.

“What this (project) needs is proper topographical surveying and bathymetric modelling which creates elevated models of the Gulf that will show where water will go and won’t go. All that needs to be done before they start allowing people to build levies,” he said. 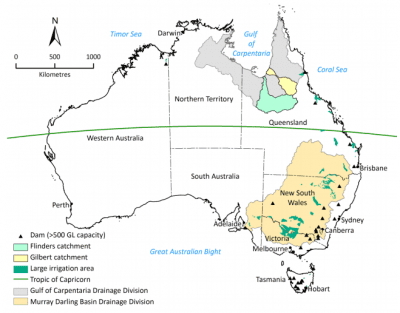