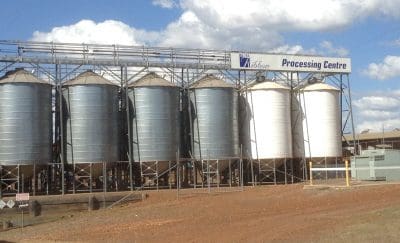 BRGP’s operations centred on domestic and export sales of grains and pulses including mungbeans, cowpeas and chickpeas, and the company has supplied human consumption and stockfeed markets with products sourced from Australia and overseas.

“My investigations to date have revealed that the company had financial set-backs resulting from underperforming investments, a poor mungbean crop, and increased competition,” Mr Dinoris said.

In an attempt to reduce debt, Mr Dinoris said BRGP had embarked on a number of strategies, including borrowing from the CBA, but effectively ceased trading in November prior to proceedings being pursued.

The companies employed around 15 personnel, and they are owed an estimated $320,000 in total.

BRG was founded in 2000, and ran a packing facility at Richlands, west of Brisbane.

The group grew into a volume exporter of pulses sourced predominantly from Queensland, and a supplier of seeds and specialty flours.

Creditors have been invited to submit documents which set out their claims against the companies by 31 January. Mr Dinoris said a detailed update was expected to be issued to creditors by early March.