RICEGROWERS in the NSW Riverina are wrapping up the largest harvest in three years with production set to exceed 800,000 tonnes – an increase of over 240 per cent on last year. 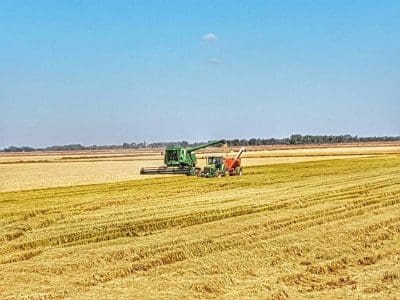 Sunrice AGS grower services and agronomic development general manager, Tom Howard, said an increase in water allocations this season had seen a dramatic return to rice in the Murrumbidgee and Murray irrigation regions.

“We had a crop of 242,000t last year. This year we are expecting over 800,000t all on the back of increased water allocations. With 100 per cent allocations across both river systems, plenty of rice was grown,” he said.

Mr Howard said the production hike was predominantly due to an extension in the area of rice grown this year.

“Last year we had a record yield year with yields just under 11 tonnes/hectare across the Riverina. This year we expect yields to be closer to five-year averages which is about 10.3t/ha,” he said.

“This season had slightly more challenging conditions getting it in with a wet winter and spring. Planting started the first week of October and finished in the middle of December.”

Mr Howard said while it was a big production year for growers, the price had weakened due to oversupply issues on the global market. 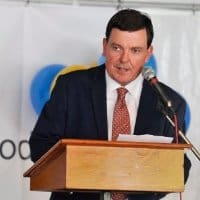 “The base medium grain price would be softer than we have seen for the last couple of years. We have seen an increase in global supply and carryover stocks and an increase in medium grain supply, particularly out of the United States. That has weighed heavily on global values which has pulled the price down,” he said.

“On the whole, our base Reiziq pool price is indicating $300 to $320/tonne. We had fixed price contracts on some of the speciality varieties, including Koshi the short grain premium product at $515/t and Doongara the low GI product at $430/t. So, we had a combination of cash and pool options for growers this year.”

An exciting development this year was the trialling of two, shorter season varieties that have the potential to transform rotations by allowing growers to double crop into rice out of winter cereals.

Mr Howard said compared to the slightly longer season mainstream varieties, the new, shorter season lines YRM70 and YRK5 could be planted much later, offering the potential for double cropping – and maybe even triple cropping.

“We have had growers come out of canola into rice, then come out of rice into barley. They have been able to plant three crops directly in a row,” he said.

“We also see the short season varieties could be very useful in years when there are very late water allocations.

Further testing of the new varieties for grain quality and market acceptance will be undertaken to make sure they were properly positioned in the marketplace and to fine-tune growing recommendations before the varieties will be considered for full commercial release.

Mr Howard said the outlook for the next growing season was very positive with healthy early water reserves.

“We are at the end of the irrigation season and dam levels compared to last season are much stronger,” he said.

“Even though there is El Nino forecast, even with semi-reasonable inflows and growers expected to carryover as much water as they can up to their full entitlement, we are shaping up for another good year next year.”