A SIX-YEAR project assessing the effects of spading, mouldboard ploughing and claying on sandplain soils in Western Australia’s South Coast region has shown these systems can increase returns by more than $500 per hectare – but some of the benefits diminish over time. Department of Primary Industries and Regional Development (DPIRD) lead researcher, David Hall, said trials at the Esperance Downs Research Station from 2012-2017 found mouldboard ploughing was the most profitable treatment during this period.

He said mouldboard ploughing, claying and spading increased crop yields by 3.3-4 tonnes per hectare during the length of the trial, compared with the control plots.

“Spading with clay and mouldboard ploughing were the most effective systems for reducing the degree of water repellence in the soil, compared with the control and all other seeding and wetting agent treatments,” he said.

Mr Hall said high soil strength (known as penetration resistance) was markedly reduced to a depth of 35 centimetres by spading and mouldboard ploughing treatments, but the differences between these treatments and the control diminished with time.

He said at the start of the trials in 2012-13, the soil strength in the control area was up to 2000 kPa higher than the spading treatment at a depth of 28 centimetres. But by 2016, the corresponding difference was 1000 kPa.

The trials have also raised issues about whether the effect of mouldboard ploughing and spading on soil strength is enough to achieve a crop’s optimal yield potential, according to Mr Hall.

“The high subsoil strengths and periodic waterlogging at the Esperance trial site almost certainly restricted root growth, with few roots observed and measured below 40cm depth in any treatment,” he said.

“This suggests that root depth is important, even in higher rainfall environments, and that the spaded and mouldboard ploughed treatments may not be de-compacting the soil to the depths required to achieve yield potential.

“Deep ripping prior to spading or mouldboard ploughing is practiced commercially and it would seem to be justified here, based on the high soil strength below 45cm depth.” 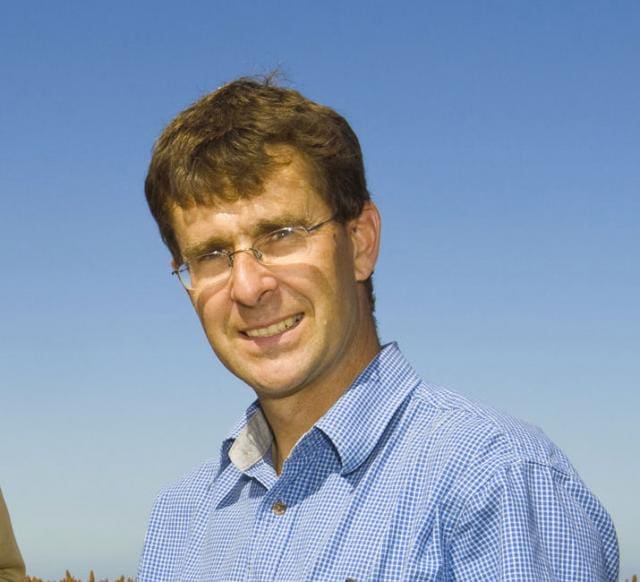 He said an Agricultural Production Systems sIMulator (APSIM) analysis of the trial site showed that restricting roots to soil depths of 70, 60 and 50cm reduced predicted crop yields to 83, 75 and 67 per cent, respectively, of the water-limited yield potential in any given season.

“Crop emergence was improved by the inversion tillage and clay treatments in some, but not all, years,” he said.

“In most years, sufficient plants emerged to achieve the yield potential, regardless of which treatment was used.

“Plant numbers exceeded 115 plants per square metre for cereals and 35 plants/m2 for canola in each year, irrespective of the treatments.

“Weed populations measured in 2013 were halved by the mouldboard ploughing and spading treatments (5 weeds/m2) when compared with the control (10 weeds/m2).”

Mr Hall advised farmers in the South Coast region to also take into account ploughing risks when using tillage systems that mix and invert the soil.

“These risks include wind erosion, so consider the months with the lowest wind speeds – such as March – and it helps to maintain surface ‘roughness’ to prevent erosion,” he said.

“It is also ideal to establish groundcover immediately.”