RESISTANCE to the ‘keystone’ herbicide group that includes 2,4-D has recently been confirmed in sowthistle in Victoria and South Australia and capeweed in South Australia, with warnings for growers to be on the lookout in NSW and Queensland. 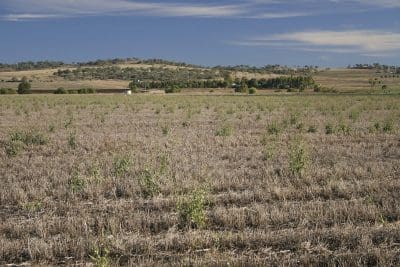 This brings the number of 2,4-D resistant species in Australia to four, joining wild radish and Indian hedge mustard.

“The Group I mode of action is the third leg of the weed control tripod of modern farming systems along with glyphosate and paraquat, with more than 200 million hectares sprayed globally each year,” he said.

“What is particularly concerning is one of the sowthistle populations is resistant to three Group I herbicides – 2,4-D, dicamba and clopyralid.

“Clopyralid is now widely used for the control of sowthistle, fleabane, and prickly lettuce across the farming system so spray survivors can’t be allowed to set seed.

“Growers north of Dubbo need to be on the lookout for Group I resistance developing in sowthistle and fleabane as well as brassica species such as turnip weed, charlock and African turnip weed.”

Internationally, 32 species are resistant to one or more Group I herbicides, including 24 broadleaf species, 5 grasses and 3 non-grass monocots.

“Despite being the first of the modern herbicides having been commercialised at the end of World War 2, and the first resistance being found in 1957, this group of herbicides continues to play a key role in modern agriculture, despite resistant weed populations continuing to develop”, Mr Storrie said.

“If you suspect decreasing levels of control with 2,4-D, MCPA or related herbicides, collect seed and get it tested across the Group I classes this season so you know what still works.”

Early control of Group I resistant weeds is an essential component of the management strategy along with full rates of herbicide, often followed by a second knock with a different mode of action. Broadening the rotation to allow the economic inclusion of non-herbicide management strategies such as manuring, hay and competitive pastures is also advised.

The AGSWG has developed a page on its website dedicated to the management of Group I resistance http://www.glyphosateresistance.org.au/group_I_resistance.html

Information on herbicide sustainability is available at the WeedSmart information hub http://weedsmart.org.au/