SEVEN years after trials commenced in Australia, Planet barley has been accredited by Barley Australia as a malting barley variety. 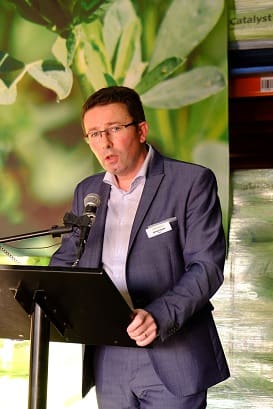 Barley Australia said RGT Planet was entered into the program as a high yielding spring barley with a robust agronomic profile, most suited to producing malt for brewers with a high fermentability.

The variety was developed in Europe by RAGT and gained first registration for malt in 2015 with the beer malt barley committee (Comité Bière Malt Orge) in France.

“It has the capacity to adjust to its environment and deliver high yield and good quality malt wherever it is grown, bringing genetic diversity to the Australian malting market for the benefit of the whole industry – farmers, grain consolidators, maltsters and brewers.

“With its global profile, we believe it has the potential to lift the size of the whole malting barley market so that more high-quality Australian barley can find a high value home.”

RGT Planet barley has already been tested by several of Australia’s brewers and distillers, including Coopers, CUB, Lion and others.

It is approved for malting in different parts of the world by Malteurop, Boortmalt, Groupe Soufflet, Cargill, Viking Malt and many others.

It is used by many international brewers including ABInBev, SAB Miller, Heineken, Carlsberg, Diageo, Coors and San Miguel.

The advent of many varieties in recent years means their acceptance depends on growers finding space in the rotation, maltsters/brewers putting a realistic value on varieties and suitable storage and segregations being put in place from farm to user.

A Western Australian central wheat belt farm business Grain Central spoke to had bulked up a crop of Planet barley in 2018 for planting seed this year, having grown it alongside an established malting variety.

They would grow it again this year to evaluate how the agronomic and financial performance rated in their country.

A Victorian grain industry operator said it had first been grown commercially in that state in 2016. Given the huge season 2016 was, the plantings had delivered plenty of Planet barley to get malting trials underway.

The uptake of Planet among growers could be high.

It was seen as a variety at this stage largely suited to export type malt, though likely also to gain some acceptance domestically.

Barley varieties Baudin and Westminster were seen in southern Australia at this stage as the leading barleys making premium types of malt.

Bulk handlers in WA and SA provided segregations for receivals and eastern states bulk handler GrainCorp might be expected to segregate Planet this year as required.

Barley specialist and Glencore senior commercial manager Lyndon Asser said the shift in varieties being grown in Australia called for building new markets for growers who were moving towards new varieties such as Planet.

“We are already promoting it to end-use customers to help us forge a market for the varieties more quickly,” he said.

“Varietal segregation is important to maltsters and brewers because it allows for consistency in the malting process and for a greater degree of control and predictability in the brewing process.”

Malting variety lists are available either from state-based organisations or from the Barley Australia website.