RESEARCHERS from The University of Western Australia (UWA) have developed a super-fast breeding system in the cereals, oats and triticale, which will help breeders make crop improvements in half the time as conventionally required. 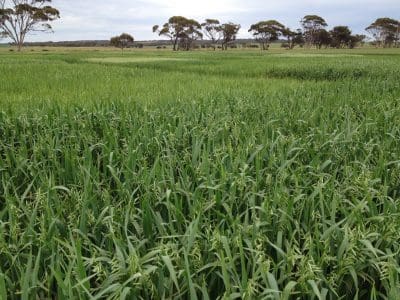 A new, super-fast breeding system for cereal crops will help breeders make crop improvements in half the time.

The newly developed method reduces the conventional crop breeding cycle from 12 years down to six years.

Doubling the breeding efficiency means new cultivars that are better suited to the changing and variable climate will be more readily available to growers, once the new approach is implemented.

UWA’s School of Plant Biology and Institute of Agriculture professor, Guijun Yan, who led the research, said modern crop breeding had been seeking ways to shorten the generation cycle for producing pure line populations for genetic studies and selection of new cultivars.

“This means we bypass the full seed maturation stage and advance seven generations per year.”

“Oats is amongst the most important cereal crops in Australia, following wheat and barley,” Dr Zwer said.

“This newly developed methodology will help us achieve new cultivars much quicker if implemented, with pure lines possible within a year.”

Previously, Professor Yan and his team have developed such fast generation systems in Australian wheat and barley cultivars.

The findings were published in the paper A fast generation cycling system for oat and triticale breeding in Plant Breeding and was supported by Council of Grain Grower Organisations (COGGO) and SuperSeed Technologies.