A SURVEY conducted at 246 sites in the Western Australian grainbelt indicates that African lovegrass, windmill grass, fleabane, wild radish and sowthistle were the most common summer weeds in the last two years. 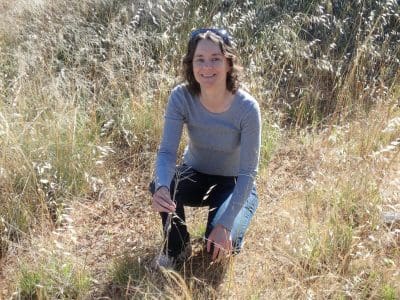 It has also revealed variability in the prevalence of summer weed species from year to year, highlighting the need for growers to carefully consider summer spray programs to ensure they are targeting the correct species.

The survey, which will continue for another year, was conducted by the Department of Agriculture and Food (DAFWA) and is part of a national Grains Research and Development Corporation (GRDC) project.

It is being conducted with the University of Adelaide to provide detailed information about emerging summer weed species and herbicide resistance in WA and southern cropping regions.

“Summer weeds carry disease, impede crop sowing and use stored soil moisture or nutrients that may otherwise be available to the subsequent crop,” she said.

The survey was conducted over all main roads in the WA grainbelt during February to April in 2015 and 2016, and sites were selected about every 10 kilometres where weeds were visible on the roadside.

Dr Borger said in the northern agricultural region fleabane, African lovegrass and wild radish were common weeds over both seasons.

“In the central agricultural region, African lovegrass, windmill grass and wild radish were common in both years, but fleabane was common in 2015 and roly poly was more prevalent in 2016.

“In the southern agricultural region, African lovegrass, windmill grass, fleabane and sowthistle were the most common weeds in both years.”

Dr Borger said the survey identified 91 species in total and that in 2015, only six species (African lovegrass, wild radish, couch, wild oats, capeweed and ryegrass) were at high densities at any site.

“By contrast, in 2016, following more summer rain, 41 species were at high densities at one or more sites, highlighting the variability of summer weeds between years,” she said.

Dr Borger said the survey revealed wild radish was a prevalent weed in summer as well as winter.

“This highlights that wild radish is one of WA’s most severe weed problems,” she said.

“Wild radish will not produce as much seed in summer as it will in winter, but it is still important to control this weed throughout the year as part of an integrated weed management program.”

For information on herbicide sustainability, visit the WeedSmart information hub at http://weedsmart.org.au