Wild radish is one of the most competitive weeds and allowing it to go to seed means up to eight years of weed seed lying dormant in the paddock. Photo: GRDC

SOUTHERN growers are being urged to check for wild radish, with the lead-up to harvest the optimum time to stop seed-set of this problematic and competitive broadleaf weed.

“Growers in the region have told us they are concerned about wild radish developing resistance to routinely used herbicides,” Dr Emms said.

“To help prevent this, growers need to deploy a mix of tactics throughout the year to prevent seed set and to minimise the chances of herbicide resistance developing.”

If left unchecked, immature green plants present in high densities can interfere with harvest, and mature seed can return to the seed bank, creating an ongoing problem.

“It is important to stop these seeding and topping up the seed bank,” Mr Stuchbery said. 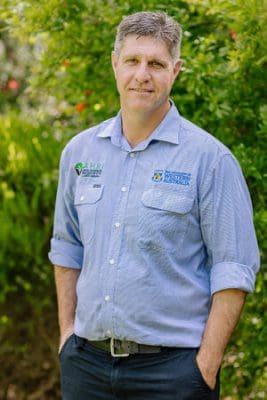 “Growers can apply a follow-up in-crop herbicide with a different mode of action if the window for herbicide has not passed.”

He said that now is also the right time to plan for crop topping or desiccating prior to harvest, and for harvest weed seed control.

This research has been compiled into the Wild Radish Fact Sheet that details measures growers can take to control the weed.

University of Western Australia research agronomist Mike Ashworth works as part of the Australian Herbicide Resistance Initiative and said growers were well-positioned to get on top of wild radish.

“In Western Australia, back in the 2000s many growers were not able to crop because of wild radish – but now they have it under control,” Dr Ashworth said.

“It is a war that can be won with attention to detail and the biggest Achilles heel is harvest weed seed control.”

Harvest weed-seed control systems such as seed destructors can intercept and pulverise up to 95 per cent of wild radish seed.

There are also herbicides registered that can be applied pre-harvest that are effective against wild radish.

Long-term planning, with a focus on reducing the weed seed bank is key to successful control of wild radish.