WESTERN Australian growers are encouraged to check their crops following frosts in various parts of the grain belt during the past month, with recent events occurring on August 19, 23 and 24. 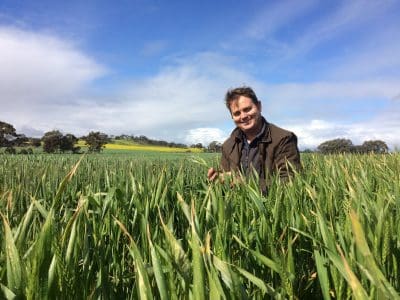 Department of Agriculture and Food (DAFWA) research officer Ben Biddulph, who is also management program leader for the GRDC National Frost Initiative, said growers needed to try to determine what impact frost had had on yield potential.

“Once a frost event occurs – especially at or after flowering – the first step is to inspect the affected crop and collect a random sample of heads to estimate if any yield loss has been incurred,” he said.

“In the event of severe frost, monitoring needs to occur for up to two weeks after the event to detect all the damage.”

“If frost damage is detected, the level of damage needs to be determined and the next step is to consider options for the frost damaged crop,” he said.

Dr Biddulph said the main options for managing a frost-damaged crop to the end of the season were taking the crop through to harvest; cutting and baling or silaging the crop; and grazing, manuring and crop topping.

“If damage has occurred outside critical periods in crop development, the best option may be to harvest the grain as most cereals can produce new tillers to partially compensate for damaged plants, providing spring rainfall is adequate,” he said.

Dr Biddulph said cutting crops for hay could be expensive and growers should have a clear path to market or a use for the hay on-farm before committing to this option.

The economics of grazing, manuring and crop topping also needed to be considered carefully.

A GRDC-curated stream of updates on the incidence and management of frost in 2016 is available at www.storify.com/theGRDC/frost. It includes the latest social media posts, web resources, videos and research papers.

Links to information about frost identification and managing frosted crops is available via the GRDC western region Wheat GrowNotes https://grdc.com.au/Resources/GrowNotes(section 11.2).

Growers are encouraged to report frost damage through the Pestfax Reporter App available on Apple App store, Google play or on the DAFWA website atwww.agric.wa.gov.au/diseases/pestfax-reporter