THE Murray Darling Basin Authority (MDBA) has today released proposed amendments to the Basin Plan that include a recommendation to reduce the water recovery target in the northern basin to 320 gigalitres, 70GL less than the previous target of 390GL. 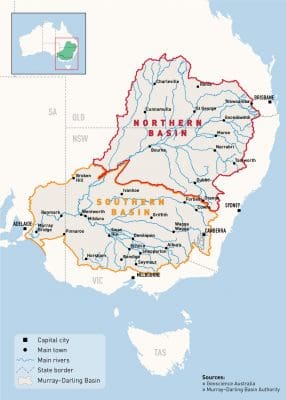 The MDBA has recommended reducing the water recovery target in the northern basin from 390 gigalitres to 320 gigalitres. (Click on map to enlarge). Source: MDBA

The recommendations come from a review the MDBA has been conducting into the water recovery settings in the northern basin as part of the overall Basin Plan.

“Reducing the water recovery target from 390GL to 320GL in the north will save about 200 jobs in irrigation dependent communities while continuing to deliver about the same level of environmental outcomes,” he said.

“We need to be smart about how we use the 320 GL of water if we’re going to improve the health of the northern rivers.

“That’s why our recommendation is contingent on the Australian, NSW and Queensland governments committing to a range of measures that aren’t directly linked to water recovery.”

Mr Glyde said there was still a water recovery task ahead in the northern basin that would cause some communities a level of economic and social impacts.

“It’s important to remember that the Basin Plan was agreed in 2012 with bipartisan support because Australia needed a plan to save the Murray–Darling system because it was under serious and damaging strain,” he said.

“Four years on from that historic agreement the northern basin review’s social, economic and environmental research and analysis has resulted in a proposal that will be better for communities and regional economies while still improving the health of the basin for future generations.”

Spokesperson for the ‘More Than Flow’ campaign, Michael Murray, said the MDBA’s proposed water recovery was still taking too much water from production and communities would continue to be hurt as a result. 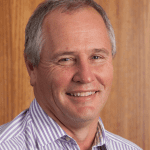 Mr Murray said any recommendation that set a target beyond the 278GL of water already recovered from the northern basin would be unacceptable to farmers and communities.

He called on the authority to halt water recovery at that figure and divert the remaining funding to alternative environmental measures.

“If they want real environmental outcomes it is more than just acquiring water. You have to do complementary measures,” he said.

“The no-brainers are fixing cold water pollution out of headwater storages. You can release all the water you like, but if it is too cold for fish to breed nothing is going to happen.

“Other measures should include fish ways, management of wetlands, active management of feral pests, owning wetland country to manage it more effectively, the release of carp herpes virus, etc.

“Our argument is it should stop at the 278GL where it is at now and use what we estimate to be the $400 to $600 million that is still left to acquire the additional 112GLs to make up the (earlier) 390GL target and spend it on the complementary measures.

“You will get some real environmental outcomes and it won’t impact so much on individual communities.”

Coinciding with the release of the MDBA recommendations, the Federal Government has announced it will establish a taskforce in the Department of Agriculture and Water Resources to ensure further water recovery in the northern basin was managed in a way that avoided putting further strain on local communities.

Deputy Prime Minister and Minister for Agriculture and Water Resources, Barnaby Joyce, said while he welcomed the reduced target from 390GL to 320GL, he didn’t want to see any more water taken out of basin communities than was necessary to secure the long-term health of the system. 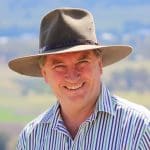 “The establishment of a taskforce, which will work with communities and industry to look at how the remaining water recovery can be managed whilst achieving a win for farmers, communities and the environment, is another step we are taking to deliver security.

“Through the taskforce we will be looking at investing in modern and efficient irrigation infrastructure which would both contribute water savings towards bridging the gap, and increase farm productivity. I strongly encourage irrigators who might be interested in taking part to contact the Department of Agriculture and Water Resources.”

The taskforce will be run by the Department of Agriculture and Water Resources, with consultations to follow public information sessions being conducted by the MDBA aimed at explaining their proposed recommendations from the Northern Basin Review.

The #MoreThanFlow campaign is encouraging irrigators, business owners and members of the broader community to attend one of the 11 community meetings the MDBA will hold across northern NSW and southern Queensland between 30 November and 9 December – as part of its community consultation process. http://www.farmers.org.au/morethanflow

The MDBA is calling for submissions about the proposed Basin Plan amendments. Submissions will be considered by the MDBA before a final draft amendment is provided to the Minister. This could take several months. Submissions close on February 10, 2017. http://www.mdba.gov.au/