THE Australian Transport Safety Bureau (ATSB) has reinforced a warning to pilots involved in aerial application after a spate of wirestrikes in the past month. 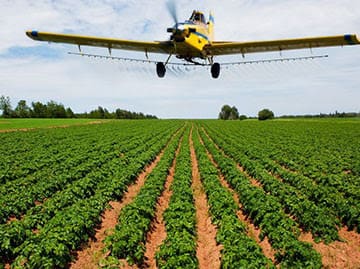 Wirestrikes are a major issue for pilots involved in aerial application work.

ATSB Chief Commissioner Greg Hood says pilots need to be extra vigilant with the crop spraying season ramping up as we move into summer, with reports of a particularly busy season for aerial agriculture.

“With this season, it appears to be an even bigger issue. We’ve had five wirsestrike incidents reported to us in the past few weeks. There is no doubt that with an increase in operations, the risk goes up dramatically.”

The ATSB published its Aerial application safety 2015–2016 year in review only last month. It showed wirestrikes to be the most common cause of accidents and serious incidents in aerial application between May 2015 and April 2016.

“They involve low-level flying, high workloads and obstacles such as power lines and uneven terrain.

“Pilots have a high workload to navigate these hazards, and have a shorter reaction time if they encounter an issue and need to respond accordingly. But if pilots are working in areas of known wires, the hazard is manageable.”

The ATSB is also investigating a fatal aerial application accident near Walgett, NSW on Saturday, 5 November 2016. The cause of the accident is not yet known.

Meanwhile, the Aerial Application Association of Australia (AAAA) is currently holding Air Improvement Meetings (AIM) for their members around the country.

In response to high seasonal demands during the 2015–2016 season, AAAA is holding additional breakfast safety meetings focusing on safety. Wirestrikes will be a key focus of these meetings.

Strategies developed by the AAAA and the ATSB to help pilots manage the risk of wirestrikes include: