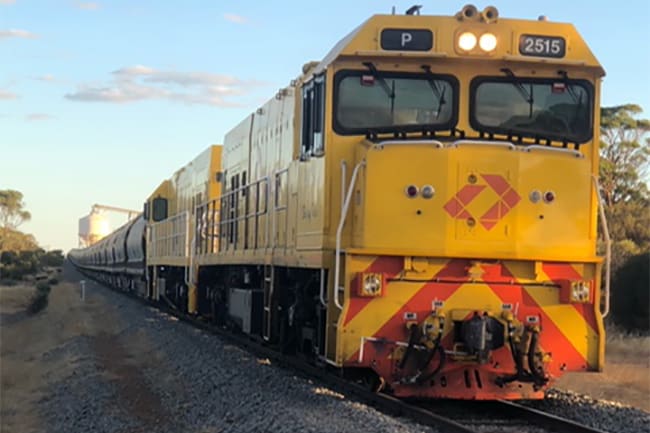 Aurizon is increasing its involvement with grain freight, and last year signed an agreement to haul for WA’s CBH Group. Photo: Aurizon

AN INCREASE in grain haulage and the potential for future growth provided a positive talking point for rail transport operator, Aurizon, which reported generally flat financial results at the company’s full year to June 30 (FY22) presentation on Monday.

Aurizon managing director and CEO Andrew Harding said grain-haulage deals made in FY22 have been significant.

“Aurizon will be the largest grain rail operator in the country,” Mr Harding said.

“We like the fundamentals of grain, given the integral link to population and food consumption, generally 70pc of Australian production is exported with Australia holding a trade share of around 10pc.”

“As investors will be aware, there is an increased focus on grain supply given that Russia and the Ukraine hold a 30pc share of global traded markets.

“The share of grain in our portfolio is increasing and this provides cascade opportunities from our coal fleet.”

Aurizon reported an overall Earnings Before Interest, Taxes, Depreciation, and Amortization (EBITDA) of $1.468 billion, down one per cent on the previous corresponding period.

The Bulk business, which includes the transport of grains, fertilisers and livestock as well as other commodities, such as iron ore, cement and base metals, reported an EBITDA of $130M.

This was down about 7pc on Financial Year 2021, despite revenue increasing by 9pc or $56M.

Aurizon chief financial officer George Lippiatt said this drop in EBITDA can be attributed to several factors that impacted the Bulk area in FY22, including major flooding events, COVID-related disruptions, start-up costs involved with the commencement of new contracts and the end of the North Queensland livestock contract.

“Bulk EBITA declined in FY22, however we see this year as an aberration given the bulk teams track record as well as the one-offs during the year and our recent investments to support growth,” Mr Lippiatt said during the FY22 results presentation.

“Revenue in bulk was 9pc higher with new contracts.

“Bulk EBITA decreased $10M or 7pc to $130M with higher costs off setting the 9pc increase in revenue.

“The cost increases were due to the new contracts, in addition to a $10M impact from one off items.

“This included the direct impact from adverse weather, the temporary shut of a customer site, start-up costs to support new contracts and higher fuel prices.

“Although fuel is largely passed through…when prices are rising there is a lag impact as the cost resets more frequently than revenue.” 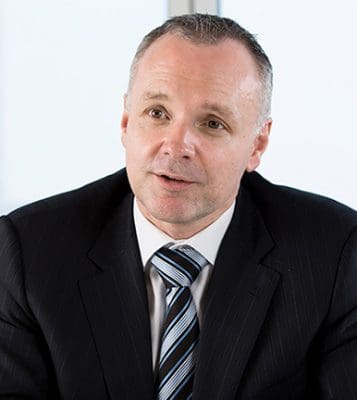 Aurizon signed a six-year rail haulage and maintenance contract with CBH Group in August 2021, taking over from previous operator Watco.

Aurizon Bulk group executive Clayton McDonald said the company is pleased with the progress of the contract.

“We are just at the start of what we are going to achieve with CBH, we really like that counterparty,” Mr McDonald said.

“The more we get acquainted with them, the more we understand their strategy and growing that grain market, the more encouraged we get.”

He said the partnership is a clear sign that Aurizon is looking to further diversify into grains and commodities other than coal.

“As far as portfolio mix goes, you can see an increase in exposure to grain and our intension is to diversify further to try and reduce our commodity exposure.

“So that is playing out with the CBH grain contract and grain exposure in southeast Queensland increasing and of course increased volumes in New South Wales.

“There is a shift, there is a bit more agriculture in there and we will see that continue to shift and diversify…”

Mr Harding said the company is working towards increasing the amount of grain hauled on rail as part of CBH Group’s operations.

“Historically 8Mt is hauled by rail per annum, but this will be surpassed in FY23 due to the carry over tonnes from the prior harvest and the additional capacity Aurizon has deployed in support of CBH.

“In the first month of the financial year we railed almost 900,000t.

“Looking forward we are seeking to challenge the historic rail-road split and put more grain on rail in Western Australia.

“This commitment is shared by CBH and the state and federal governments with an announced $400M for infrastructure upgrades in the grain growing regions including new rail sidings, additional storage and upgraded rail lines.” Some of the One Rail team with the first of the Aurizon branded locomotives. Photo: Aurizon

Mr Harding said the purchase of One Rail, which was finalised on July 29, will also serve to expand the reach of Aurizon’s grain and bulk haulage network.

Previously owned by Macquarie Asset Management, One Rail is a bulk and coal rail freight service provider with operations in the Northern Territory, South Australia, Queensland and New South Wales.

As part of the acquisition, Aurizon will diverse the company of its east coast operations, known as East Coast Rail, which mainly hauls coal.

The bulk rail haulage and general freight assets in South Australia and the Northern Territory, together with the 2,200km Tarcoola-to-Darwin railway line.

Aurizon is currently in the process of integrating this business into the existing Aurizon Bulk operations.