Bad weather during winter has contributed to a backlog of containers at Port Botany. Photo: Port Authority of NSW

A CRIPPLING build-up of empty containers in and around Port Botany has shippers of Australian grains and pulses concerned about the viability of booking new-crop exports out of Sydney in the near term.

Fletcher International Exports (FIE) is a major exporter of sheepmeat and grain out of Sydney, and principal Roger Fletcher said the business was already being severely impacted by the disruption to the supply chain.

FIE owns its own rolling stock, and operates an intermodal terminal at its base in Dubbo to handle its exports, and contract imports and exports.

“We can’t send a train anywhere. We’ve got more meat containers stuck here than you can poke a stick at.” 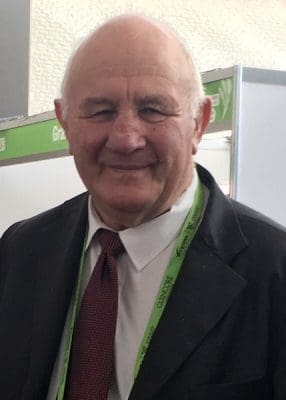 Mr Fletcher said FIE was “looking at every option”, including the possibility of shipping out of other ports, to work around the congestion in Sydney to get product to export.

“This is absolutely a disaster.”

MSC and ANL & CMA CGM are two of the four major shipping lines which service Port Botany, and are introducing a surcharge per 20-foot equivalent (TUE) of US$300 and $285 respectively to maintain services to Asia in the face of congestion at Sydney’s major container port.

Australian shippers are expecting other lines to follow suit.

One grain exporter said the problem of getting containers in and out of Botany was being factored into export calculations as the first big crop out of New South Wales since 2016 approached.

He said escalating terminal-access charges from stevedores were already eroding the appeal of shipping out of Sydney, and bulk exports were looking increasingly attractive by comparison.

“What’s going to happen is the container costs will get so high it will not be efficient, and people will switch to bulk if they can.”

Cargo volumes out of Brisbane, Newcastle and Port Kembla could all be boosted if the container task continues to be difficult in the next month or two.

Ballpark figures for new-crop grain exports to Asia are currently sitting at around $15-$20/t bulk versus $37/t for containers, with the container cost ex Sydney being up considerably on this time last year.

While containers suit some markets and customers better than bulk, the price advantage of bulk may see a shift away from containers in the short term at least.

Shipping lines have historically handled the imbalance at Port Botany by repositioning empty containers to China alongside full ones.

By March, as global supply chains ground to a halt with COVID-19 lockdowns, an imbalance was evident as full and empty containers built up in China.

Since then, Chinese exports to Australia have picked up, but container movements out of Port Botany have remained low, partly due to the effect of drought, which has reduced cotton, grain and pulse exports from normal levels through winter.

Big seas off Sydney in July, and spates of bad weather since on the Australia-North Asia route, have caused cancellations or delays in shipping lines calling into Port Botany to collect empties to take to China.

In a statement to customers last month, Patrick Terminals said there were “severe difficulties” with empty-container management and empty evacuations by shipping lines in Port Botany.

“These difficulties may start to manifest themselves in the other ports as well, leading to congestion in empty container parks and poor truck-servicing turn times.”

The Maritime Union of Australia (MUA) is currently taking industrial action in relation to negotiations on workplace agreements with Patrick and Hutchison Ports Australia, two of Port Botany’s three stevedores.

At Patrick, this involved a four-hour stoppage on 4 September, and an overtime ban in place from 12 September, while at HPA, a go-slow is in place.

Stevedores, shipping lines and peak organisations have all cited the MUA action as exacerbating the container oversupply situation.

Freight and Trade Alliance (FTA) is the representative body for Australia’s supply chain.

FTA director Paul Zalai said he had heard concerns from members that 20-foot food-quality containers as used by grain and meat exporters might be in short supply, and congestion surcharges were the latest impost on Australia’s containerised exports and imports.

“They are having a big impact on high-volume low-value goods like grain,” Mr Zalai said.

“We’re hearing that there are plenty of 40-foot containers available, but getting enough 20-foot food-quality containers might be a bit of a challenge.”

Shipping Australia is the peak industry body of shipping lines which service Australian ports, and said in a statement that empty container volumes were building up to crisis levels, and agricultural exporters would suffer.

“We now have far too many empty boxes stuck in Australia, which need sending back to Asia, but more and more full boxes are coming into the country.

“A bumper agricultural season is on the way but farmers will be disappointed when they realise there will be all kinds of logistical problems in getting their products to Asian markets.”

Sources have told Grain Central that a consolidation in recent years in the number of shipping lines servicing Australian container ports had increased competition among stevedores for their business.

When COVID reduced container flows throughout the world, shipping lines were able to reduce the number and size of vessels operating on major routes.

“Normally they cut each other’s throats on rates,” one source told Grain Central.

“Instead of having too much capacity and chasing freight rates as they lowered, rates have stayed high.

“Shipping has found a new equilibrium, and we could be facing higher freight rates than shippers are used to.”

Sources have said charges of $80-$130/TEU, or up to $5 per tonne for grain, were already flowing through to shippers from stevedores looking to recoup costs on the landside rather than the waterside.