THE age of robots is fast approaching in the farming sector with much of the automation capability already developed and only a few hurdles to overcome before it becomes more widely commercially available. 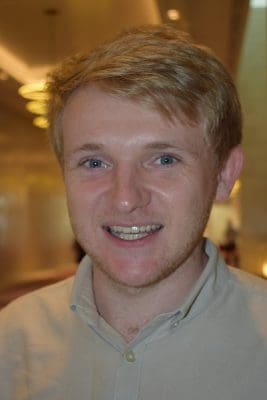 That’s the view of United Kingdom mechatronics researcher, Precision Decisions’ Martin Abell, who was part of a team at the Harper Adams University in Shropshire who last year were the first in the world to successfully plant, manage and harvest a crop with only autonomous vehicles and drones (see Grain Central story).

Speaking at the Grains Research and Development Corporation (GRDC) Grains Research Update in Perth this week and at other updates around Australia, Mr Abell said the ground-breaking ‘Hands Free Hectare Project (HFHa)’ attracted global attention when its researchers successfully grew one hectare of spring barley without humans entering the field.

“It has proven automated agriculture is possible and shown that there are no technological reasons why automated cereal farming should not take place commercially,” he said. A modified, driverless, Sampo harvester and a driverless Iseki tractor with chaser bin last year successfully harvested a spring barley crop in the UK that was planted and managed throughout the growing period with autonomous machines.

Mr Abell said such automated practices were in the early stages of commercialisation in the UK, with major equipment manufactures and start-ups offering a range of systems to the market.

“One of the objectives of our one-year project was to utilise machinery and technologies that are available and affordable, not bespoke and expensive,” he said.

Mr Abell said the main driver towards automated farming in the UK was the rise in soil compaction issues and the plateauing of crop yields.

“If you take a five-year rolling average of yields in the UK since the turn of the millennium, they have been stagnating. Despite the research and technology and everything people have been doing, it is just not happening,” he said.

“There is a number of reasons why, but compaction is becoming a big thing in the UK. Farmers are stuck in a cultivation trap. Soils compact, so they cultivate again to remove the compaction. But with big, heavy machines, they compact the soil again.”

Mr Abell said one of the solutions could be the adoption of smaller, lighter, robotic machines that had less impact on the soils.

“Could farming go full circle from the small, low-grade machines (of early farming) to where we are now with large machines, and potentially back to smaller robots?” he said.

“Sixty years ago compaction was not an issue because they had small tractors working the land.

“The only feasible solution is to have small machines that drive themselves. We envisage moving from large tractors to ‘swarms’ of small machines.”

Mr Abell said the main hold up to the widespread adoption of robotic farming machines was a lack of comprehensive legislation covering its operation.

“It always comes down to one thing: legislation. It is not there yet. No-one knows what happens if one of these autonomous machines goes wrong and hurts, or worse kills someone,” he said.

“That has been quite stifling to agriculture. Why would the big guys (machinery companies) adopt this if there are no rules and they could potentially harm their brand?

“Authorities are looking at driverless vehicles on highways, so we need to be shouting about farm machines so they consider agriculture at the same time and we are not an afterthought.”

Mr Abell said there was also public concern about the impact automated machines would have on employment in rural areas.

“People ask: What will happen to all the jobs? I have the view that labour in agriculture is probably as low as it can get in the developed world. It will be a case of jobs changing. If small machines become the thing, the guy who is currently driving the 500 horsepower tractor becomes the guy who is in the control centre in charge of the ‘swarm’ of machines.” 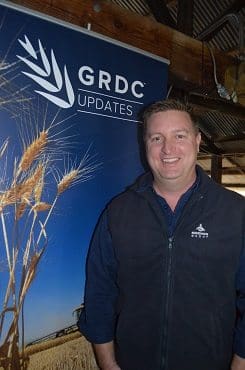 But, there were still areas that needed to be addressed in relation to automation, such as overcoming the deficit in backup knowledge, conducting further R&D, formulating appropriate regulation and developing a social licence where the technology was well explained to consumers.

Mr White saw opportunity for automation to be taken up on WA farms for straightforward tasks such as tramline renovation and spot spraying through to more complex operations such as mouldboard ploughing, seeding and harvesting.