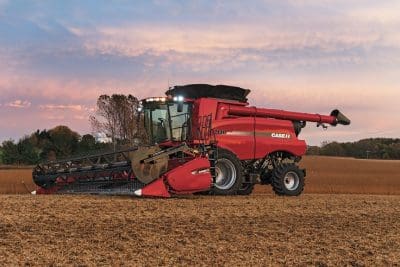 EquipmentWatch identified the Case IH 140 series Axial-Flow combine as “an excellent choice for demanding farming needs”, citing features including the Case IH residue management system, an engine that produces up to 332kW (442hp) and a grain tank capacity of 10,570 litres.

The Axial-Flow 140 series came out on top for the EquipmentWatch Highest Retained Value Award which recognises manufacturers in 28 heavy equipment categories for products that show the highest retained value over the last five years.

It is the only industry benchmark that relies on data-driven residual values to confirm and project an asset’s value, providing an evaluation point and greater confidence for customers in new and used equipment purchases.

Released in Australia in 2015, the Case IH 140 series Axial-Flow has had further product enhancements announced last year, which included: