BIG ticket items stole the show in a total clearance of 190 items of agricultural machinery at an unreserved second-hand machinery sale conducted by Ritchie Bros at Moree in north west NSW on the weekend.

190 items of cropping machinery sold at an unreserved second-hand auction conducted by Ritchie Bros in Moree, NSW, on the weekend.

Ritchie Bros business unit marketing manager for the Asia Pacific, David Fanning, said the auction, which was the first held by the business in a country region for a long time, attracted 1500 people through the gate, 250 online registrations and 600 registered bidders on site.

“A crowd of 1500 at Moree is remarkable. In our auctions in Brisbane and Geelong we expect about 2000 people to turn up, and another 1000 online. So, the Moree turnout was great,” he said. 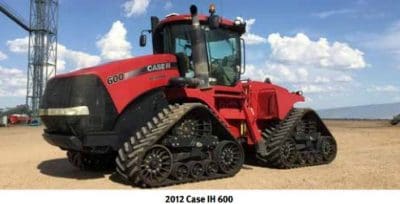 “That particular item had a lot of bidding attached to it, including online bidding from Victoria and NSW as well as onsite bidding. The Case brand sold very well throughout the day,” Mr Fanning said.

John Deere equipment also sold well on the day with two, 2011, JD 7460 cotton strippers making $155,000 plus GST each, one going locally to NSW and the other to Queensland. 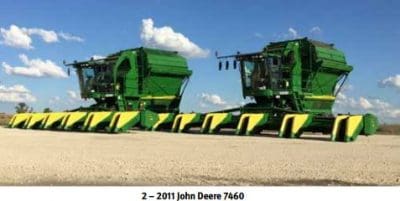 Mother bins, grupers and grain handling equipment also sold well in what is effectively an off-season market with 2011 and 2012 Finch, 30-tonne chaser bins making $70,000 plus GST each.

Mr Fanning said buyers were “happy to dig into their pockets” and consignors were happy with the results.

“I think the unreserved auction isn’t something a lot of farmers are used to. They were a bit standoffish at the beginning but once the auction got going and they saw that every item of equipment was definitely going to be sold, the hands started to go up quickly,” he said.

“We had 190 items and every single one of them now has a new home.”