LATE model John Deere tracked tractors sold for over quarter of a million dollars and headers made over $300,000 at Ritchie Bros auction of agricultural machinery at Moree in north west NSW on Friday. 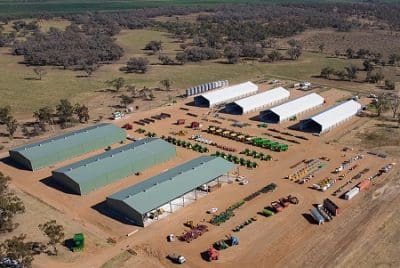 The sale raised more than $9 million and set a new record for an unreserved public agricultural auction in Australia.

The auction was held on Sundown Pastoral’s Keytah property where feature lots included Keytah’s entire inventory of John Deere tractors, headers and planting equipment that were put on the market as part of a machinery renewal program.

Ritchie Bros agricultural specialist, Brandon Murray, said it was a massive auction that saw the unreserved clearance of 250 items.

“I haven’t seen an auction like it. It was unbelievable,” he said.

“Seven hundred people registered. The spread was huge with the northern states of America and a lot of people from New Zealand paying attention because of the lack of equipment over there.

“Given it is a dry year in northern NSW and southern Queensland, a lot of the buyers came up from the south.

“There was a massive online attendance. It was about 50:50 bidders on line to buyers on site.”

Mr Murray said among the sought-after items were John Deere 8R series tractors that were in particularly high demand – “we could have sold them all day”. 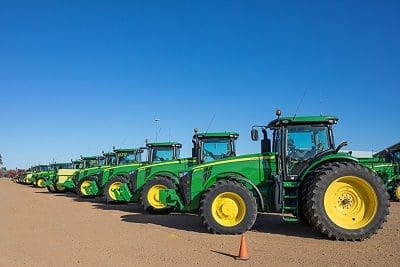 John Deere 8R series tractors were in hot demand at the Moree auction.

“The showpiece for the day was a 1987 Steiger Tiger which travelled down from Townsville to be sold at the auction. It was bought by a Victorian bidder online for $140,000. You wouldn’t dream of a 30-year-old tractor making that money,” he said.

Friday’s auction was the company’s second auction at Moree this year, after more than 190 lots went under the hammer in March for a total of $4.67 million.