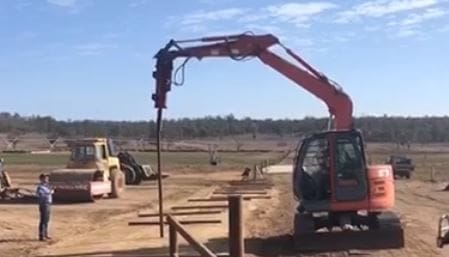 A drill stem driver attachment developed by the team at Maydan Feedlot took out the innovator award at Smartbeef.

AN excavator attachment that allows drill stem posts to be driven accurately through concrete aprons and hard surfaces has won the Innovator of the Year award at the feedlot industry’s Smartbeef conference in Dalby, southern Queensland. The drill stem driver attachment was developed by the team at Hancock Agriculture’s Maydan Feedlot near Warwick.

Based on a jack-hammer attachment for an excavator rock breaker, the team lathed the attachment down so the end of it can fit in the drill stem. It stays within the pipe and holds it while the excavator rams it in.

Maydan Feedlot manager, Chris Rickert, said they came up with the idea after needing a quick and easy method to replace posts and bunk rails in the feedlot. 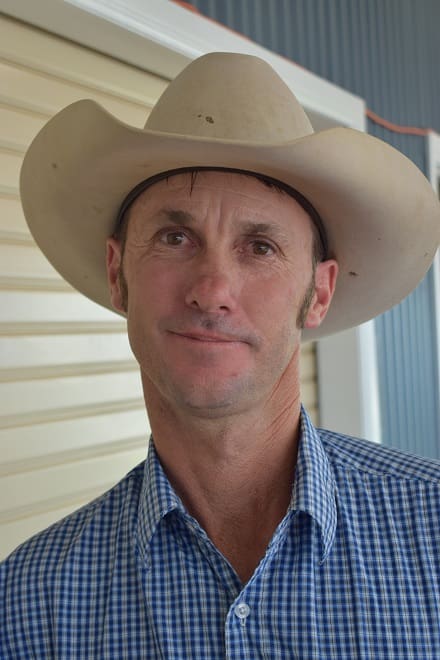 “That is an issue if you want to keep everything in a true line and weld off it.

“Our attachment doesn’t lose contact with the drill stem which lets us move it about and keep it on line.”

Mr Rickert said they had been using the attachment for two years and found it took about 1 minute 20 seconds per post.

Runner-up in the Innovator of the Year awards was Garvan Park Feedlot, Rathscar, Victoria, for a liquid dispersion disk which is designed to better disperse liquid in a mixer and reduce mixing time.