AS a result of legal proceedings commenced against it by Australian distributors of quad bikes (ATVs), WorkSafe Victoria has made substantial revisions to the announcement that it made in March 2016, “New approach designed to make quad bike use safer”. 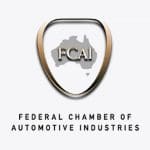 As a result of WorkSafe Victoria making those revisions, the distributors were not required to take the legal proceedings further, and therefore agreed to proceedings being dismissed prior to a trial that was listed to begin on Monday.

The ATV distributors commenced proceedings in the Supreme Court of Victoria in December 2016.

The proceeding has now been settled, on terms which required WorkSafe Victoria to change the terms of its March 2016 announcement in order to address the distributors’ concerns.

Those concerns centred on the contention made by WorkSafe Victoria in its original announcement that, unless the risk of rollover could be completely ruled out, Victorian employers (including many farmers) who use ATVs are under a legal duty to fit a so-called ‘operator protective device’ (OPD) to their ATVs.

The ATV distributors contended that this is not the case, because the actual obligation on employers under the OHS legislation is to assess – in regards to their own workplace – whether any available OPD offers a suitable means to reduce the risks to health from use of an ATV in that workplace, having regard to many factors, including the hazards associated with fitting an OPD, and the available information about OPDs.

That information includes the ATV manufacturers recommendation against fitting OPDs, which is based on the findings from the only credible, science-based research on the issue, which were that OPDs could cause as many injuries and deaths as they may prevent.

WorkSafe Victoria’s substantially revised announcement now makes clear that it has merely decided to accept that OPDs are a suitable means to reduce the risk from ATV rollover and confirms that each employer must assess whether or not to fit an OPD to an ATV in their workplace, depending on its circumstances “and other available information”.

The ATV distributors continue to disagree with WorkSafe Victoria’s position that OPDs are a suitable means to reduce the risk from ATV rollover, and maintain their call for WorkSafe Victoria to make available any credible, scientifically-based research upon which it relies for that position, rather than its vague and unsubstantiated reference to “collective evidence from several coronial inquiries, hospital injury data and academic research”.

In the Supreme Court proceedings, WorkSafe Victoria specifically declined to pursue a claim that the fitment of an OPD is an appropriate way of reducing the risks to operators of an ATV overturning. It has produced no data or other evidence to support its claim that OPDs will “save lives”.

Farmers and other workplace ATV users must make a considered assessment of the suitability, in their own circumstances, of all of the potential means to eliminate or reduce hazards from ATV use. These include having regard to the industry’s 5 Star Safety Guide to improve outcomes for all ATV users: