IN another step towards the harmonisation of heavy vehicle road rules across Australia, VicRoads has updated Victoria’s road legislation to absorb the proposed changes under the Victorian Class 1 Agricultural Vehicle Exemption Notice 2017 (No.1). 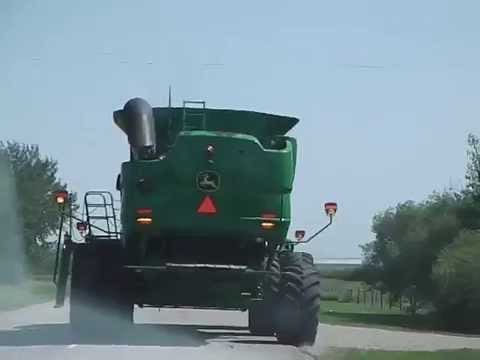 Welcoming the move, Tractor and Machinery Association (TMA) executive director, Gary Northover, said Victoria was the trailblazer for what would hopefully be a national change to the regulations the National Heavy Vehicle Regulator (NHVR) was looking to implement.

“We are hopeful that the Victorian legislation will translate to national standards in March next year and that all states will agree with these changes, but we can’t be certain,” Mr Northover said.

The VicRoads changes deal with height, length, width, use of pilot vehicles and access to road networks.

Essentially it shows which routes they are able to access, which ones require permits and restricted structures.

“Throughout the gazette there are a number of improvements to accommodate the increased size of equipment. For example, you used to be able to operate up to five metres in height, in the new legislation you can get an annual permit to transport a 6.5-metre vehicle,” Mr Northover said.

VicRoads sought the advice of local organisations, such as the Victorian Farmers Federation and TMA, to ensure the regulations would be relevant to the industries it impacted the most.

The notice is the result of 18 months of collaborative work on behalf of the organisations.

“It was positive to see VicRoads proactively consulting with the industry and showing leadership in this area,” Mr Northover said.

He said the TMA’s role was to give the researchers empirical advice on what agricultural equipment was being transported and get feedback from selected members on the suggested changes.

The feedback was via invitation from most states and involved OEMs, dealers and transport providers.

“We took it to the field to determine what changes were acceptable and reasonable within the environment. The feedback was invaluable as it identified issues that had not been picked up. The input of our members was invaluable in providing realistic and thorough feedback to VicRoads,” Mr Northover said.