THE Australian Competition and Consumer Commission (ACCC) has issued final determinations that exempt Riordan Grain Services and Semaphore Container Services from having to comply with certain parts of the mandatory Bulk Wheat Code when providing services at their respective Port of Geelong and Port Adelaide facilities. 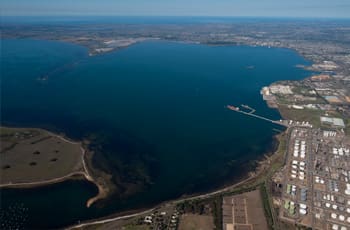 “The ACCC considers that both Riordan and Semaphore will face significant competitive constraint, specifically from GrainCorp and Viterra,” ACCC commissioner Cristina Cifuentes said.

“GrainCorp and Viterra are the dominant providers of bulk wheat port terminal services at the Port of Geelong and Port Adelaide respectively. In the absence of full regulation under the Code, Riordan and Semaphore will continue to face strong competition.

“The ACCC considers that it is appropriate to reduce the level of regulation that will apply to these relatively smaller scale, new entrant service providers.”

The exemptions follow public consultation by the ACCC on its draft determinations proposing to exempt the Riordan and Semaphore facilities.

The ACCC received two submissions in response to its determinations.

Consistent with its approach to exemptions, the ACCC will continue to undertake monitoring of the bulk wheat terminals in Victoria and South Australia.

The ACCC’s full assessments are set out in the ACCC’s final determination documents.

The Code, which commenced on 30 September 2014, regulates bulk wheat port terminal service providers to ensure that exporters have fair and transparent access to terminal facilities.

Where appropriate, the ACCC may reduce regulation at a specific port terminal by exempting the relevant port terminal service provider from certain provisions of the Code.

The exemptions mean that Riordan and Semaphore will not need to comply with Parts 3 to 6 of the Port Terminal Access (Bulk Wheat) Code of Conduct at their respective facilities.